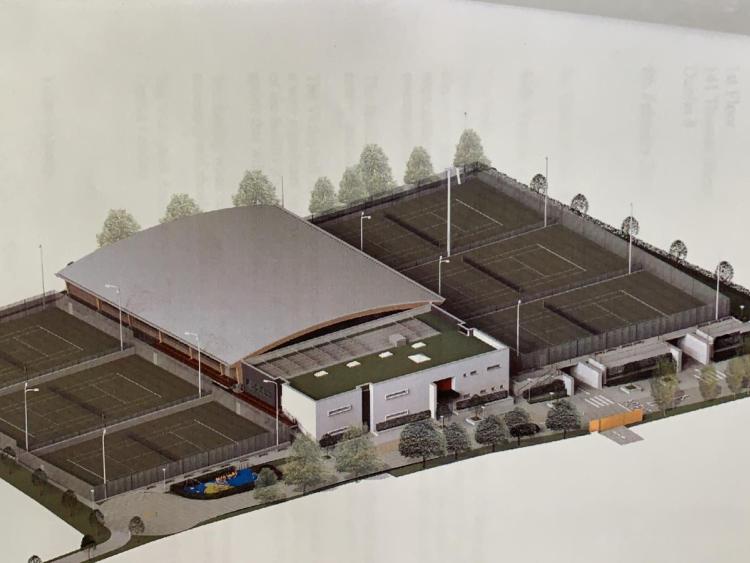 A multi-million euro sports centre for north Carlow could be on the horizon after a presentation to local representatives of the Tullow Municipal District.

Members met with Donnacha Harkin, chairman of Tullow and South Leinster Tennis Club, to discuss the proposal which has already been granted planning permission for the revamped facility on the Shillelagh Road.

The project was designed by Cummins + Voortman Architects in Tipperary town and Robert Cummins from the company, along with Mr Harkin, presented the plans for the multi-purpose sports centre at the November meeting of Tullow Municipal District.

They said that the club needed around €2.5m to build and kit-out the proposed sports hall and that the best possible source of funding was from the Government's grants scheme for large-scale sports facilities.

The centre would boast tennis courts when finished and could also cater for volleyball, karate and other more popular sports like soccer.

Addressing members, Mr Harkin said: "All but two Councils applied for funding last year, Carlow didn't make an application. There is a high success rate for every application."

The club has invested around €1m into the facilities already and they now want to bring it to the next level.

The facility would be developed in two streams and the stream one application would be to get the project shovel ready and to tender stage and then stream two would see the building of the centre.

There is also accommodation for 76 parking spaces in the granted planning application.

Mr Cummins said: "A lot of people, no matter how much you push them, won't play rugby or hurling. We are picking up on other sports, we are not in competition with others.

"If you don't apply for funding, you definitely won't get it."

Cllr Will Paton said the proposal was "deserving of support" while Cllr Brian O'Donoghue said the "fact that planning has been granted is a huge step".

"If we're not in, we can't win. At the very least we should be applying for funding," he added.

"It's an impressive proposal and it would be welcome for Tullow but would also benefit Kildavin, Rathvilly and Hacketstown," Cllr O'Donoghue said.

Cllr John Pender said he was "surprised" to hear that Carlow didn't put in an application and wanted to follow up on which department in the local authority would be responsible for the application.

Director of Services, Michael Brennan, said it would be the Sports Partnership who would put in the funding application.

Cllr Pender told Mr Harkin that he has the support of the members and the club is to meet with the Sports Partnership in the Council to progress the application for funding.

Researchers from University of Limerick, pictured above, have been working with UK scientists