'Many people are living at home in cramped conditions,' concern for people in Carlow 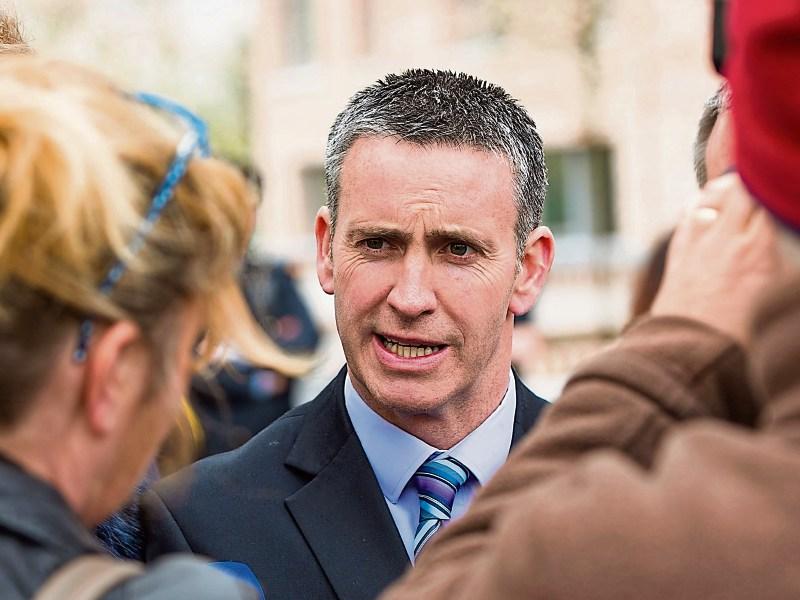 Minister of State for Housing and Urban Development, Damien English

"Many people are living at home in cramped conditions," said Senator Jennifer Murnane O'Connor as she expressed concern for people trying to find a house Carlow.

She was speaking during a debate in the Seanad this week when she made the remarks to Minister of State, Damien English, when they were discussing Local Authority Housing Eligibility.

Senator Murnane O'Connor said: "I have raised on many occasions the serious issue of the local authority threshold being too low to allow people to access the housing list.

"Carlow has one of the lowest thresholds in Ireland. Over 1,000 people are on the housing waiting list in the county. They have met the criteria, including the €27,500 threshold to be eligible to go on the Carlow County Council housing list.

"Many people are living at home in cramped conditions. They have nowhere to go because they do not qualify for social housing or a mortgage.

"Eight years have passed since the last review. I understand that a new assessment was due to be made last summer.

"There is an urgent need to finalise this review and to increase the income eligibility limits for social housing in Carlow and - most likely - in other counties. I assure the House that there are no millionaires out there looking for help.

"I do not believe the threshold in Carlow is right. We are unwittingly excluding genuine people who should qualify for social housing. It is unacceptable that people who are trying to work and make ends meet are being told that they do not qualify for the housing waiting list.

In response, Minister English said: "We are aware that a review of the thresholds was needed and we made a commitment to such a review in A Programme for a Partnership Government.

"The review is under way and one part of the work is complete but we have to complete the other parts as well. The Minister is hopeful that he will be able to bring forward a new social housing package in the weeks ahead, which will also deal with income limits."

In response, Senator Murnane O'Connor said: "I am disappointed that this review has not been completed. We are eight years on and we are in a housing crisis. Will the review be complete by the end of the year?

"We are definitely the lowest in the country and it is just not right."

Minister English added: "We hope to bring forward a package of reform and change for qualification for social housing and issues around that in the months ahead.

"We hope to publish it before the end of the year, but if not, then early in the new year. To be clear, I will make sure that Carlow is looked at, as well as other band 3 regions like Monaghan.

"Some difficulties have been brought to my attention. We have met the local authorities in most of those counties to examine how we can make sure all of the rules have been applied properly and to consider every option to give people the best chance.

"We will continue to do that across all Departments."