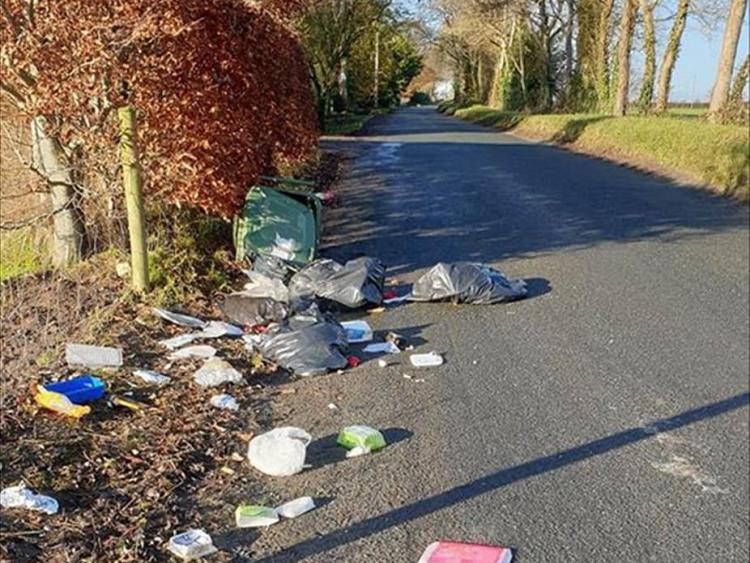 A picture of one of the incidents in north Carlow

A new trend sees "mindless idiots" grabbing wheelie bins through their car windows in Carlow and then driving off at speed.

Cllr Brian O'Donoghue has taken to social media to highlight the problem.

A post on Facebook that was shared by councillors, said: "Some mindless idiots set about grabbing wheelie bins through their car window and then bringing the bins for as long as they could, before letting them go at speed, resulting in the bins getting their contents emptied all over the road way".

"The wheelie bins had been left out by householders for collection by their waste collection company.

"At one location, a lady living in Barnhill (between Rathvilly and Hacketstown) had her green bin broke up and emptied outside her home, and then her black bin was brought 4 kms away to the main Hacketstown-Carlow road at Ballykillane.

"Another incident was reported to have occurred near Beechy Park, Ricketstown, near Rathvilly."

Residents cleaned up some of the incidents while the Council staff had to clean up the first two and in some cases the traffic had blown the waste along over 400 metres of road way.