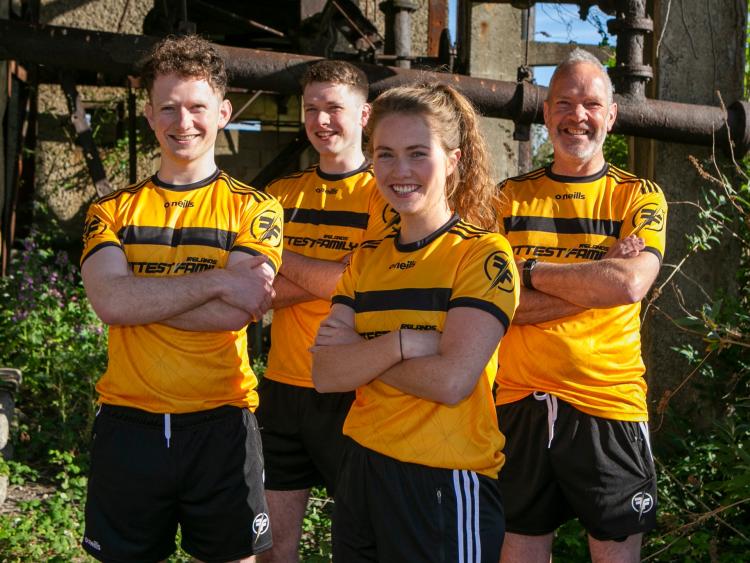 The Uí Bhraonáin family from Carlow

The Uí Bhraonáin family from Carlow have been knocked out at the semi-final stage of the RTÉ programme, Ireland's Fittest Family.

The first of the semi-finals took place in Dublin's docks, as the fit families went head to head in extreme weather conditions in their bid to make it to the final in Croke Park.

The family again found themselves in an eliminator in the semi-final on Sunday night's show and despite not coming out on top, they put in an incredible performance alongside their coach, Anna Geary.

Tough end for the Ui Bhraonans, congrats to the Hogan's, great team work, what a star is 14 year old Jay #irelandsfittestfamily

"Think about it now, think about what's in it ok?"#IrelandsFittestFamily, Sundays at 6.30pm @rteone pic.twitter.com/shOT5BKdyw

Richard, 54, is the father and played basketball in university and played inter county football. He now runs marathons – about 15 so far – and is training for Dublin City Marathon in October again this year.

Seán, son, 22, has played basketball, hurling and football. He now plays football in university and for his local club Leighlinbridge and was on the county U21 football team. He competes in triathlons in his spare time.

Liam, son, 19 has also played soccer, basketball, football and hurling. He plays football in university and also for Leighlinbridge. He was also a member of the county U21 team. He also competes in triathlons.

The programme sees the toughest families in the country take on the most gruelling and physical challenges imaginable.

You can watch the semi-final back here.