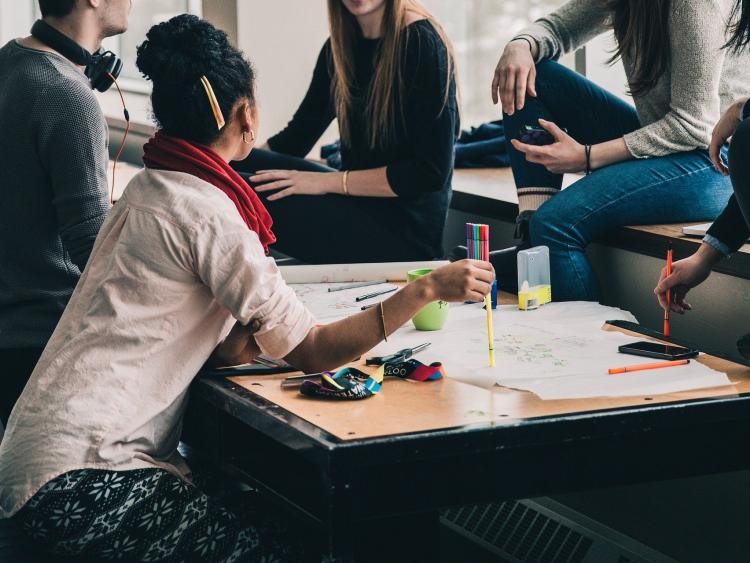 Student accommodation is at "maximum capacity" in Carlow Town and the only people taking advantage of the crisis is landlords, the IT Carlow Students' Union president has claimed.

Thomas Drury was giving a presentation on student accommodation to members at the November meeting of Carlow Municipal District when he made the remarks.

"The town has reached its maximum student capacity. The only people taking advantage of that is landlords," he said.

Mr Drury said a survey of taxi services in the town by the SU found that business was down 30% while a popular pub had not opened for a student night in nine weeks as students have less and less money to spend on nights out.

In his presentation, he said: "For years students have protested over the student housing crisis nationwide but now it has become a local problem.

"The rising number of students in Carlow could be great but is on course to cause so many implications.

"The availability of Student Accommodation has dramatically decreased! Consequently, students wishing to live in Carlow are forced to commute.

"Rent prices have risen exponentially. Quality of living standards have dropped. Students have less money which means the increase of student numbers coming to Carlow is not being used as an advantage and is being seen as a disadvantage."

He added: "The town has reached its maximum student capacity. Students wishing to come here and populate the town further cannot.

"The only people taking advantage of the situation are landlords, not our local businesses, not our nightlife, not our reputation.

"Because demand for accommodation is so high, landlords are charging more. This leaves students with less money to spend. Taxi services has seen a 30% decrease in income compared to 2018."

He added: "This incentive of well-below average planning permission fees will entice builders to build student purpose-built accommodation in Carlow leading to more students living in the area, leading to an increase in overall town revenue, leading to a bigger and better Carlow.

"For this great idea, all we would ask in return is that when the new student purpose-built accommodation is in place. Rent prices for students must be capped at no more than €100 a week.

"This is a favour to be asked by the Council in return for offering nominal planning permission fees which will allow builders to build in the first place."