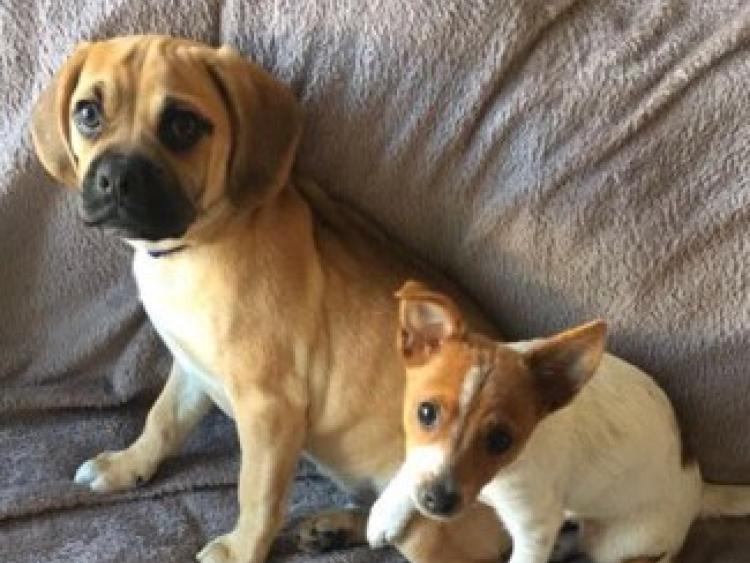 Three brave locals - and two courageous canines - have been praised for their efforts to save a man who fell into the River Barrow in Carlow Town last Friday.

Cillian Coakley, Sharon Buggy and Gillian Hegarty, risked their lives to save a local man who fell into the river by the Barrow Track in the town.

31-year-old Cillian, who works in the Carpe-Diem pub, was out walking his dogs, Rio and Lola, when the man fell head-first into the icy cold water.

Speaking to Carlow Live, Cillian said: "It's a nice feeling. The man's alive as a result of what I did. It all happened so quick. It is very surreal.

"I was walking the dogs and Rio stopped and looked back and then I turned around and I saw the man falling in.

"If I looked back three seconds later I wouldn't have seen him. The man was totally unconscious, his head was completely submerged.

"I was lucky where he fell as I could access him. It was shallow enough. He was drowning. He was completely under the water."

Cillian held the man up out of the water but said: "I had thrown my phone on the ground, but I couldn't lift him out because of the high bank.

"I was holding him in the water and then Gillian Hegarty and Sharon Buggy came along running.

"If they hadn't arrived I don't know what would have happened."

Sharon was supposed to be off from work in Seerys Bakery on Friday but ended up coming into work and Gillian works there some Fridays during the busy Christmas period.

The pair decided to go for a run and were about to turn back when they saw the two dogs ahead of them on the bank.

Then they heard some shouting and decided to go down farther to investigate.

Gillian said: "As we approached we saw Cillian in the water with the elderly gentleman. Sharon rang 999 on Cillian's phone and put them on speakerphone.

"They asked if we could get him out, so myself and Sharon kicked off our runners and got in and we got him out on to the bank with Cillian.

"The man wasn't conscious. The emergency services told us to put him in the recovery position and I loosened his clothing."

When asked if they were frightened, Gillian said: "It wasn't until that night that I realised how big it was. Adrenaline kicked in and we never even felt the cold of the water until after.

"Cillian was very cold and he said that nobody had passed. He didn't know how long he was going to have to stay there with the man in his arms."

They waited for an ambulance to make its way to the scene as they were about 2km down the Barrow Track but it proved difficult to access.

A jeep from Carlow Fire and Rescue made its way down to them and transported the man to a waiting ambulance.

Gillian said: "He became conscious again and we got him up on his feet and wrapped him in tinfoil and blankets to keep him warm. He just kept saying how he was freezing."

The man is understood to have been brought to St Luke's Hospital in Kilkenny where he was treated and kept in observation over the weekend.

He is believed to have returned home on Monday.