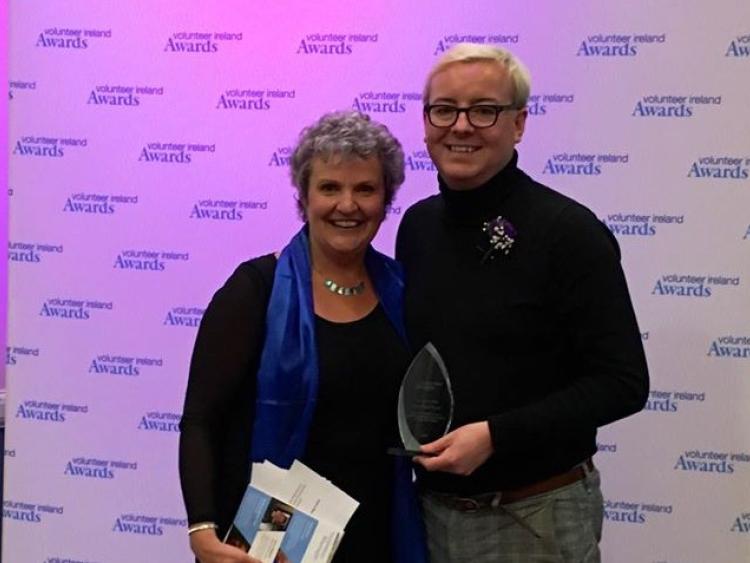 "A dream come true," Carlow man, John Paul Payne, has said in a post on Facebook after he won a Volunteer Ireland Award for 2019.

John Paul won the award in the category of Culture, Media and Arts after he played a leading role in organising the inaugural Carlow Pride Festival earlier this year.

John Paul had always dreamt of making Carlow a great place to live for everyone and several months ago he formed a committee to create the first ever Carlow Pride Festival.

The committee is made up of people from all social backgrounds, sexual orientations, abilities and ages. He created an environment for people to show true leadership where normally they may not within society.

He spent eight months working with local businesses, Government bodies and the general public to create a truly colourful event. 3,500 people attended the inaugural parade and festival, which was completely free for everyone to enjoy.

He developed many initiatives during the festival. There was a window display competition, bunting across the town and a party in the park amongst others.

John Paul also recognised the importance of his fellow volunteers who helped make the festival happen and organised a special thank you night to show his appreciation.