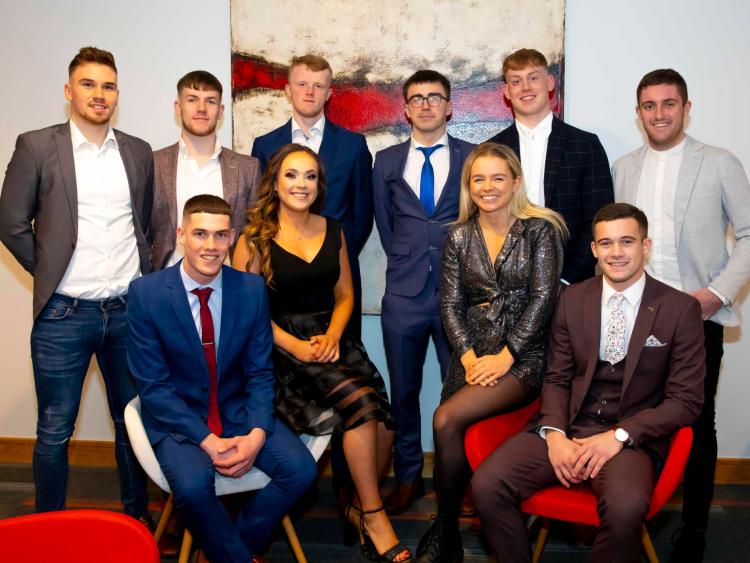 Institute of Technology Carlow last week celebrated 21 years of its sports scholarship programme at a special ceremony for 2019/2020 sports scholars.

More than 1,000 students have been awarded sports scholarships since the programme began and read like a who's who of Irish sport, including familiar names such as Aidan Fogarty (hurling), Rihanna Jarrett (soccer), Denis Coulson (rugby), Grainne Murphy (swimming), Ciara Cooney (rugby) and Brian Hurley (Gaelic football).

The number of scholarships offered to students has more than doubled since 1999, reflecting Institute of Technology Carlow’s position as one of Ireland’s leading third-level institutes for the provision of sport and physical activity.

A special ceremony saw 87 students who are competing at the highest level in their chosen sport awarded elite and gold sports scholarships for the 2019/2020 academic year as a result of their exceptional sporting ability.

This year saw the introduction of two postgraduate scholarships by the Gaelic Players Association (GPA) to Kilkenny’s Luke Scanlon and Liam Blanchfield.

The occasion also saw two awardees of the Carlow GAA scholarships in both hurling and football to Cian Doyle and Josh Moore, respectively, and a scholarship by Carlow Camogie to Emma Cody.

The scholarships provide financial support, as well as mentoring, nutrition and sports rehab support and access to the Institute’s first-class sports facilities.

Explorer and motivational speaker Mark Pollock delivered the keynote address at the ceremony that was attended by students, parents and academic staff.

A special presentation was made to IT Carlow graduate and international athlete Marcus Lawler in recognition of the Bronze Medal he won at this year’s World University Games.

There was a separate afternoon ceremony for students who were awarded academic scholarships.

A total of 37 academic scholars from counties across Leinster and Munster were joined by their parents and a school representative for the ceremony at which John Purcell, CEO of KCLR and Chairman at Independent Broadcasters of Ireland, delivered the keynote address.

As part of the academic scholarships ceremony, seven Chinese nationals were awarded under the Claddagh Scholarship Programme.

The Claddagh Scholarship Programme, was established and organised by Education in Ireland and is open to citizens of China and Hong Kong.

Congratulating the sports and academic scholars on their achievements, Dr Patricia Mulcahy, President of Institute of Technology Carlow said: "Today, in a milestone year for this Institute’s scholarship programme, we congratulate all our scholars and applaud them for their talent, dedication, persistence and leadership.

"You exemplify commitment and the achievement of excellence and are an inspiration for us all."