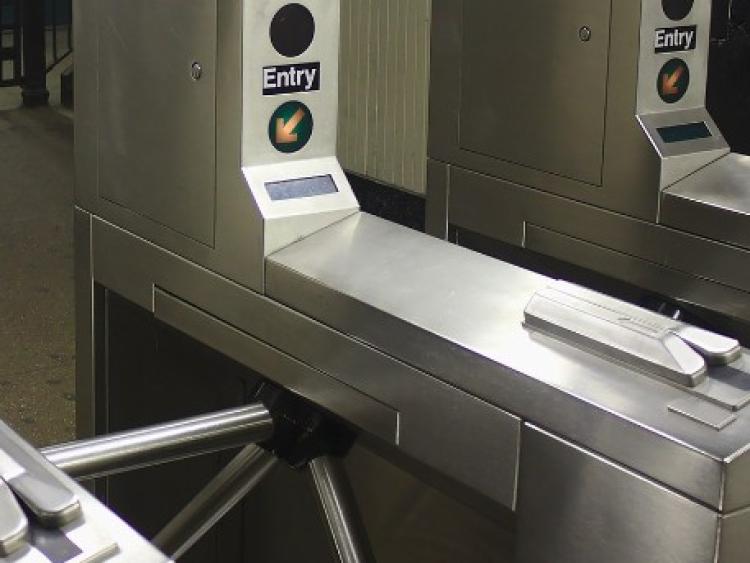 A "turnstile" system has been suggested as part of plans to re-open access between two estates in Carlow to address residents' concerns about anti-social behaviour.

Carlow Live has previously reported how legal advice received by the local authority found they "may have erred" in a members' resolution back in 2014 to temporarily block up pedestrian access between Sandhills housing estate and Brownshill Wood.

The Council sought the legal advice over the pedestrian access after it was revealed that there is a requirement in the planning permission for Sandhills estate that there be a pedestrian entrance between it and Brownshill Wood.

At the December meeting of Carlow Municipal District, members were told by Director of Services, Michael Rainey, that the motion "does not have the power to supersede" the planning permission and the access will have to be re-opened.

Speaking at the meeting, Cllr Fergal Browne said: "I'm thinking of a turnstile but that works against people with buggies."

Residents were in the public gallery during the meeting as councillors expressed their anger and frustration over the issue and concerns that removing the wall would see a rise in anti-social behaviour again in the area.

Mr Rainey said: "The entrance will have to be opened at some stage in accordance with the conditions of the planning."

He pledged to come up with a plan to modify the entrance with more lighting and other measures that would deter anti-social behaviour and added the Council are "obliged by law" to enforce the conditions of the planning.

Mr Rainey said he would bring forward a design for the re-opening of the entrance in the New Year and he committed to members that the access would not be re-opened over the holidays.

In a letter to councillors, seen by Carlow Live, senior executive officer, Eamonn Brophy, says the legal advice states that the planning permission requires a pedestrian connection between the two estates.

"The Council may have erred in passing the resolution in 2014," the letter says.

The letter adds: "It further states that had a third party closed the entrance, the Planning Authority most likely would have issued an enforcement notice and that the Council should not carry out works it would not allow a third party to carry out.

"It concludes by advising that the motion of 2014 be revoked.

"It is strongly recommended that the motion be revoked and that the entrance be re-opened."

Cllr Murnane said at the December meeting that the Council were picking and choosing which aspects of the planning law to adhere to as the access should actually be 15 metres to the east as per the original planning decision.

However, Mr Rainey said that leaving the access in its current location is not a "material" change to the planning decision but no access between the estates "would be a breach of planning".