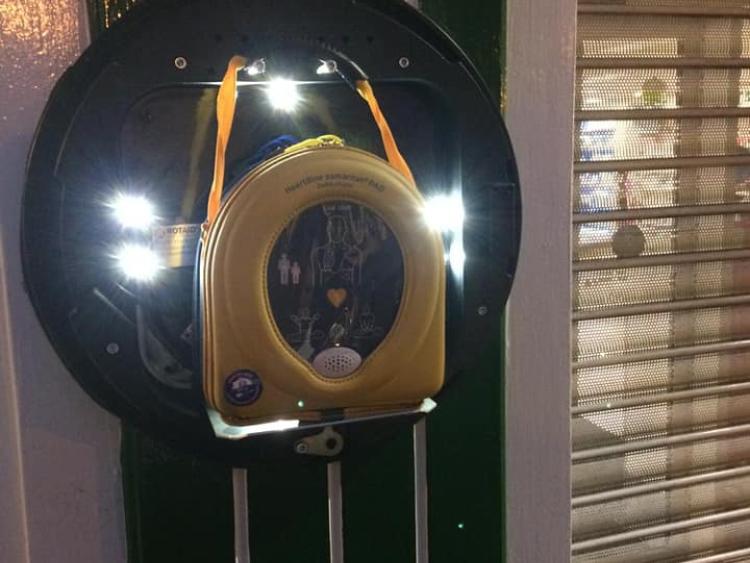 A defib was interfered with in Tullow recently CREDIT: Tullow Community First Responders

Carlow has called for harsher penalties on people who attack lifebuoys and defibs in Ireland.

A motion was passed at the full meeting of the Council on Monday calling upon the Government to bring about the speedy enactment of the Life Saving Equipment Bill 2017.

The Bill, if passed, would make it a special criminal offence to interfere with lifebuoys or defibrillators.

It stated: "In light of the recent theft of defibrillators in Counties Louth and Wicklow, that Carlow County Council supports the Life Saving Equipment Bill 2017 as introduced by Senator Keith Swanick, which is supported by CFR Ireland, and calls upon the Government to bring about the speedy enactment of this bill."

The Life Saving Equipment Bill was initiated in 2017 by Senator Keith Swanick. It proposes penalties of up to five years imprisonment and €50,000 fine for those convicted of theft or, or damage to, a defibrillator or life buoy.

CFR Ireland was glad to support this bill when it was proposed but it has now stalled in the houses of the Oireachtas.

Speaking at the meeting, Cllr Paton said the issue "needs to be tackled".

Carlow became the first local authority to pass the motion after a show of hands.