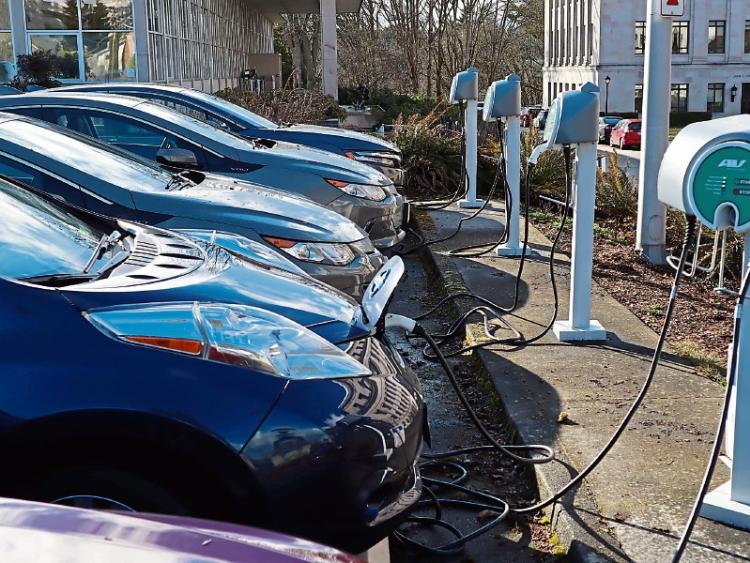 A Laois councillor who believes that electric cars are not the answer to slowing climate change has suggested some alternatives.

Cllr Aisling Moran suggests putting solar panels on the roofs of cars to charge them instead of powering them by large batteries that are themselves damaging to the environment.

“Electric cars are going for how many years and still there is no ports in lots of places. They are not the way of the future. They are not going to work,” Cllr Moran said at a recent meeting of the Graiguecullen Portarlington Municipal District.

“Changing from petrol and diesel to batteries with lithium being mined for them, you are not stopping climate change.

“A lot of local authorities realise they are not the way, that’s why they are not putting them in. If you have an electric car charger on the street it’s a public space, you can’t charge if another car parks there,” she said.

She offered some alternatives.

“We need to look at putting solar panels on the roof of cars like a dynamo, or using hydrogen,” she said.

She was seconding a motion by Cllr Ben Brennan who asked Laois County Council to install electric car chargers in Graiguecullen.

The Laois town on the outskirts of Carlow town has not one public electric car charging point he said.

“There is not even one car charger in Graiguecullen. There is only one in Carlow town,” he said.

“If you are talking about climate change and electric cars, where are we going to charge them? Graiguecullen village is ideal,” Cllr Brennan said.

Laois County Council recently announced plans to install 20 to 30 car chargers in Portlaoise, and another 30 around Laois in 2020.