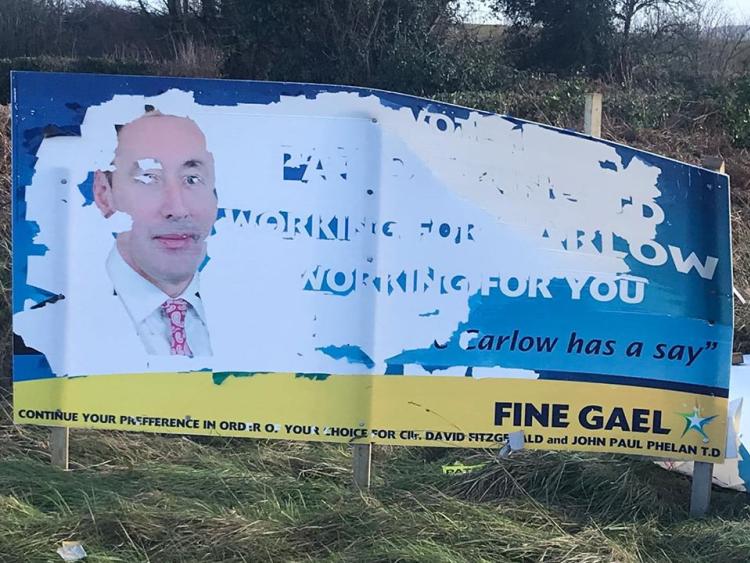 "You would have to wonder why someone would go to so much bother," said Fine Gael's general election candidate, Pat Deering, after he found some of his campaign posters damaged.

There has been outrage over the incident on social media with some people describing it as "disgusting".

Check out the photos below: