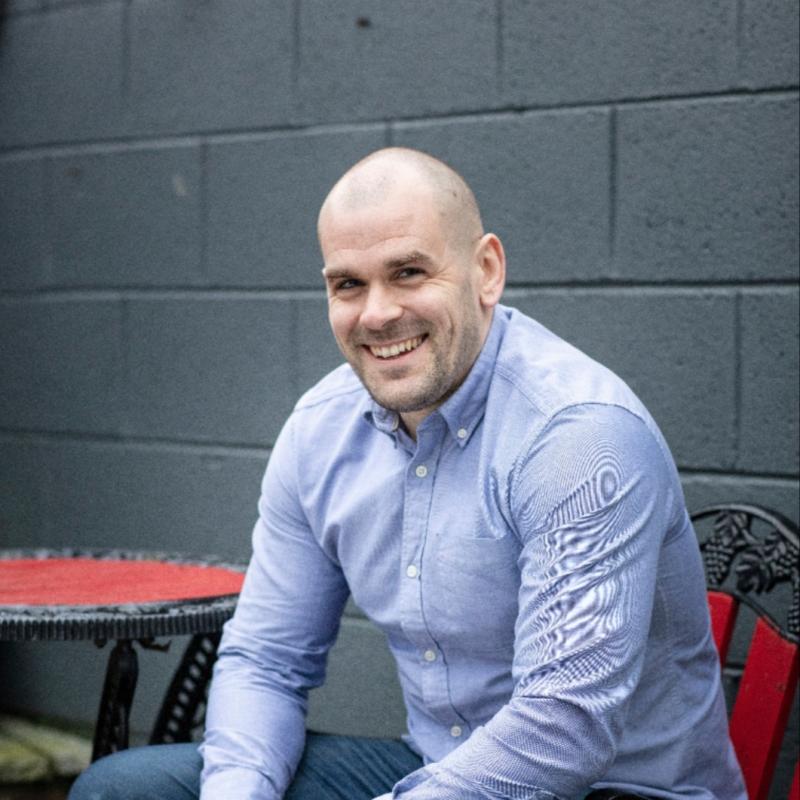 An eye test proved a lifesaving experience for athlete and Carlow native Danny Darcy when the optometrist in Specsavers Carlow discovered swelling on his brain, after he had unknowingly contracted meningitis.

Danny is now keen to raise awareness of the importance of regular eye tests after his experience with Specsavers in 2017.

As an athlete, Danny felt healthy and rarely fell ill. He initially developed flu-like symptoms, a haze over his eyes and very painful burning sensations shooting through his arms and legs.

Following a couple of days of symptoms, Danny decided to visit his local care doctor where he was prescribed with a course of antibiotics for a viral infection.

The antibiotics eased the burning sensations that Danny was experiencing, so he ceased the antibiotic treatment. However, the haze over his eyes only worsened, to the point his mother insisted he go to A&E.

Here, Danny underwent a series of tests and X-rays but, as they could not detect anything wrong with his eyes, he was referred to his local optician in Specsavers in Carlow.

Optometrist at Specsavers Carlow, Claire Judge, examined Danny's eye and discovered that she could not see his optic nerves.

Claire said: "I was examining the back of Danny's eye using the slit lamp and volk lens when it became immediately obvious that both of Danny's optic discs were swollen and I could barely see his optic nerves.

"I then showed Danny the previous scan taken of his eye from a couple of years earlier to compare, where the nerves were clearly visible.

"This condition, known as papilloedema, is usually a sign of raised intracranial pressure or a swelling on the brain, which is extremely serious."

It was then that Danny was diagnosed with meningitis.

Danny was in isolation for three weeks in Waterford Regional Hospital where he was under constant monitoring.

Speaking about this experience, Danny said: "Everything happened within a two-week period after I initially felt unwell, so it was quite overwhelming.

"I can't commend Claire more for her quick and professional response, especially as I had initially been diagnosed with a viral infection. Specsavers Carlow took my symptoms seriously and I cannot thank them enough."

Specsavers recommends that everyone should have an eye test every two years. An eye exam is much more than a sight test.

Not only does the optometrist check a person's vision and monitor whether their sight is changing over time, but eye tests can also detect more serious, underlying health conditions.

Claire added: "As well as detecting sight problems and eye diseases, such as glaucoma or macular degeneration, the health of your eyes can tell a lot about your overall health.

"Eye tests can reveal whether you are suffering from a number of serious health conditions that are essentially silent and potentially fatal if not discovered early enough."

Danny is eager to raise awareness of the importance of regular eye tests and is hopeful his story will motivate anyone procrastinating about an eye exam.