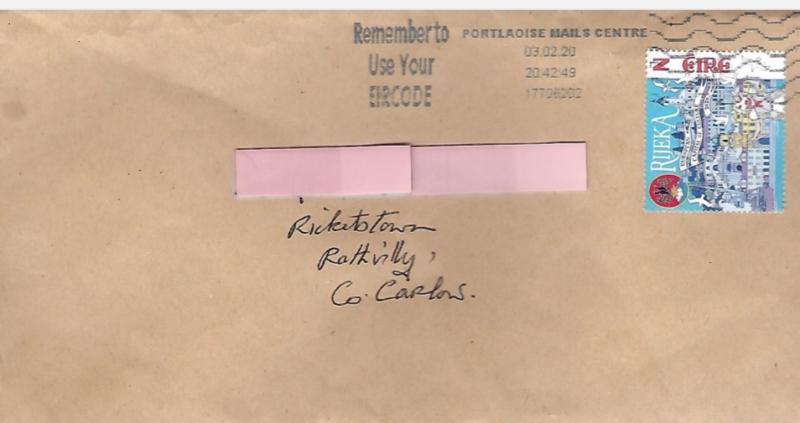 Fine Gael TD for Carlow, Pat Deering, has slammed those who he says have been posting fake election leaflets bearing his face to voters across Rathvilly.

CHECK OUT THE PHOTO BELOW

Deputy Deering described the letters - which have Croatian stamps on them - as "dirty tactics" and said he was disgusted to hear that the material had been delivered to potential voters.

The fraudulent "public notice" wrongly claims that Deputy Deering was going to close his constituency clinics to attend the controversial RIC commemoration in Dublin last January.

The Carlow TD says he had no intention of going to the event and was not even invited.

He said: "I am disgusted that fake leaflets purporting to be from me have been delivered to houses in Rathvilly. Let me be clear, these letters are not from me nor are they from anyone associated with my campaign.

"This is an organised attempt to mislead the people of Carlow, to damage our democratic process and those responsible should be ashamed.

"The people of Carlow know that this is a close race. Voters should make up their minds on my record of delivering for Carlow, not a campaign of dirty tricks." 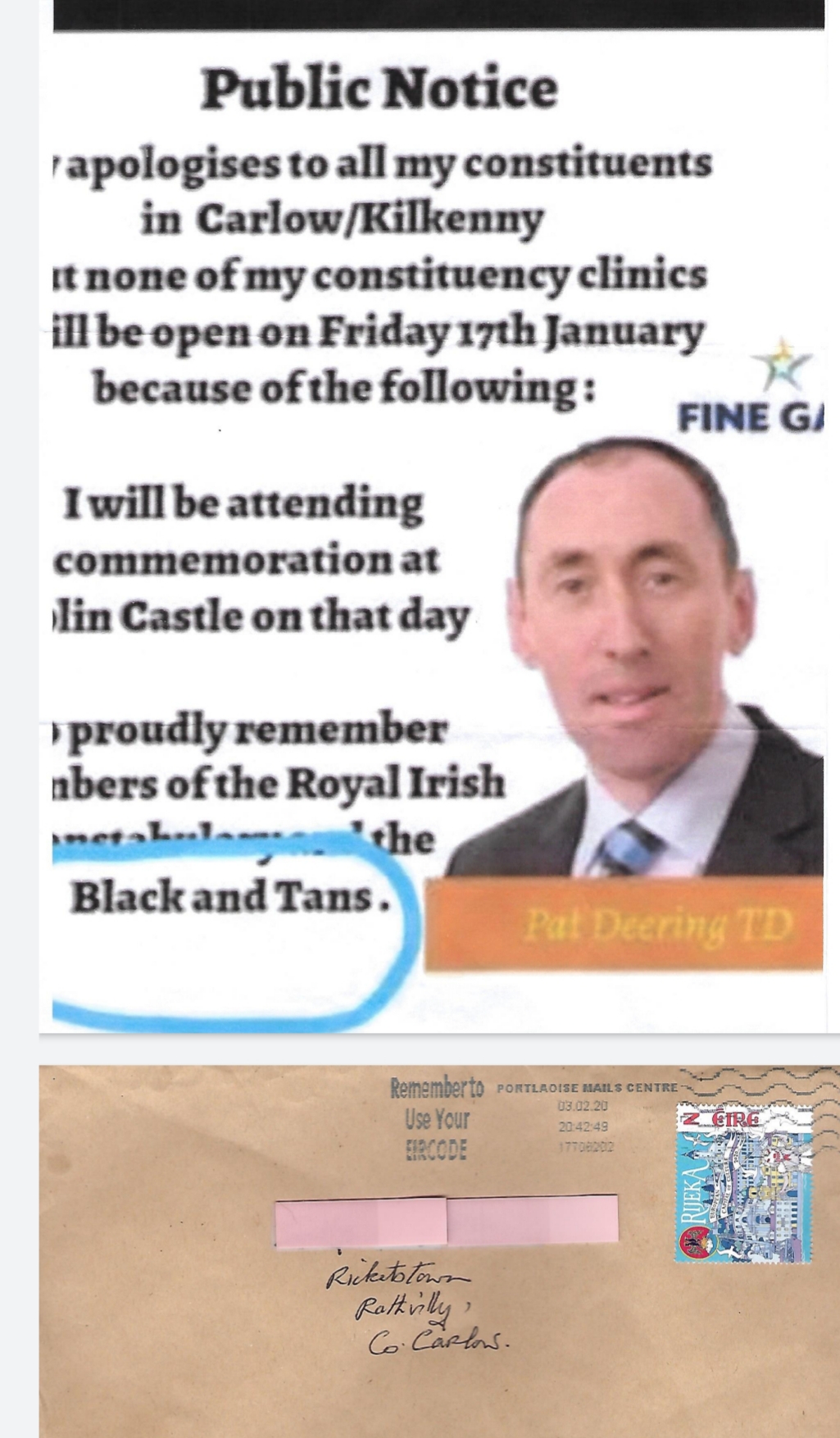 Deputy Deering added: "I am dismayed to see this type of 'campaigning'; people must have a lot of time on their hands to go to this trouble to do up this fake leaflet, address the envelopes and then post them.

"Some people are obviously panicking if they have to stoop to this level to try and damage my campaign."