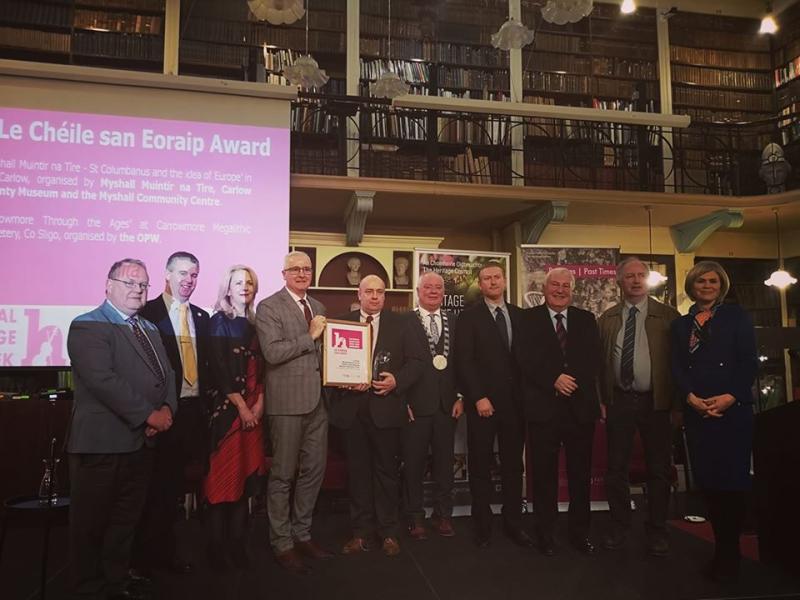 A Heritage Week Event in Carlow has received the prestigious "Le Cheile San Eoraip" Heritage Council Award for their community event exploring Ireland's heritage connections with other places in Europe.

The winning event was selected from over 2,000 Heritage events held around Ireland during heritage week.

A lecture by Dr Alexander O'Hara and pop-up exhibition explored the influence of St Columbanus, the Patron Saint of Europe, and native of Myshall, Carlow; who inspired the start of what became the European Union.

The pop-up exhibition included photographic displays of intercultural visits between members of Myshall Friends of Columbanus, and Friends of Columbanus Francaise and Italy, with a focus on the Columban Way which starts from Myshall to Bangor, through England, France, Switzerland, and onto Bobbio in Italy.

The awards took place in Dublin earlier this week at the Royal Irish Academy Dublin.