The Kilkenny City based Green Party councillor has done it 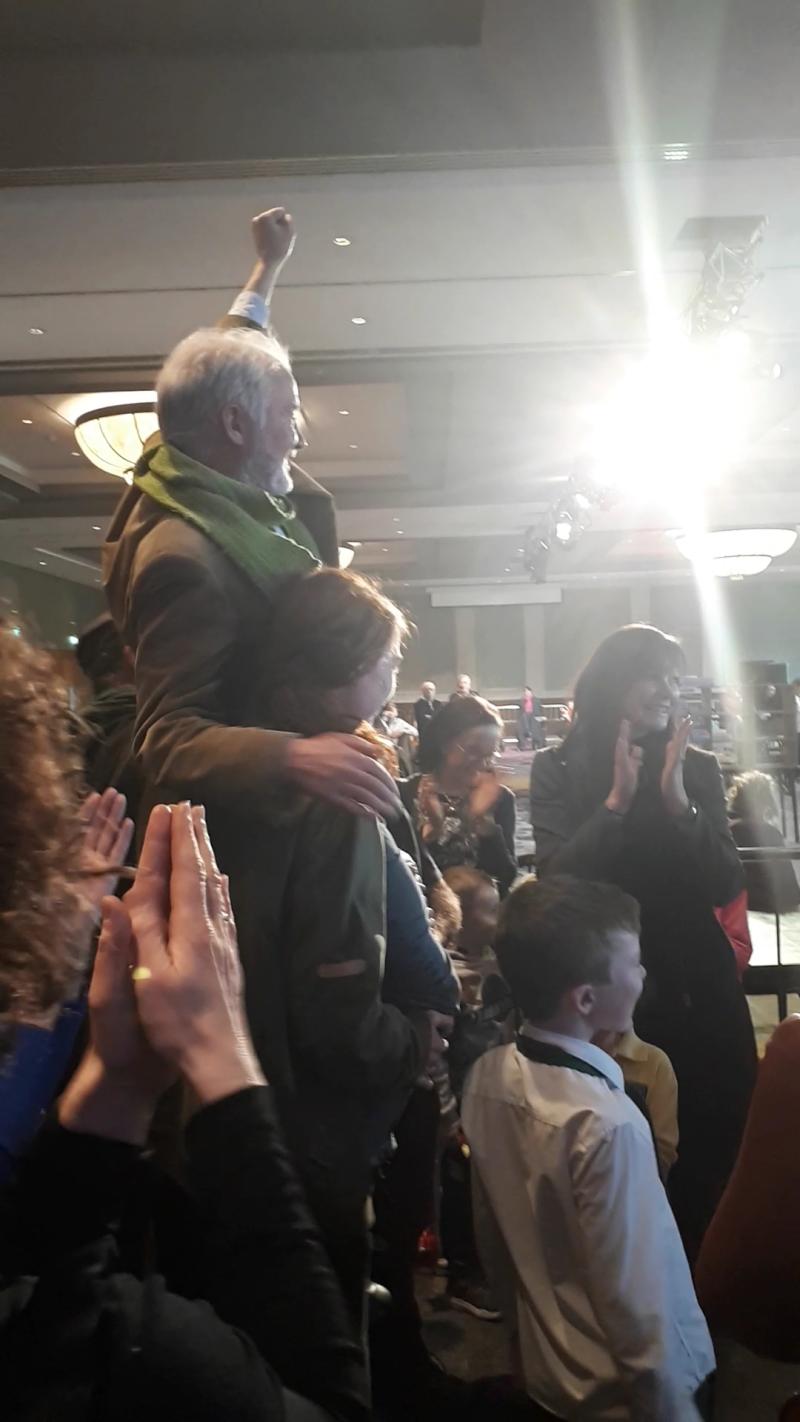 There were scenes of joy at the Carlow/Kilkenny general election count on Monday afternoon with Green Party candidate Malcolm Noonan just now elected to the fifth and final seat.

A clearly emotional Noonan said there had been a clear shift in Irish politics in recent, with an emphasis on compassion for people. He said he took each and every vote as a responsibility to the people of Carlow/Kilkenny.

He said his initial vote had looked a little short, but things went in his favour. That includes Monday morning's transfers from Solidarity/PBP's Adrienne Wallace, which translated to a big boost for the Green Party.

The new TD thanked his wife Jenny, his friends and family and supporters for the sacrifices they had made and their help in recent months and years.

The new Kilkenny-based TD is the first Green Party TD here since Mary White. As of the last count (nine), Noonan had 10,331 votes, almost 700 more than Fianna Fail's Bobby Aylward.

He took enough transfers on Count 10 to hold off the challenge of Mr Aylward, who has now lost his seat.

Malcolm Noonan, a local councillor from Kilkenny City, had his first general election outing in 2016. On that occasion, he secured 2,621 first preferences, and was eliminated on the sixth count.

This time, however, his first preference vote reached 4,942 and he proved very transfer-friendly as the counts unfolded.