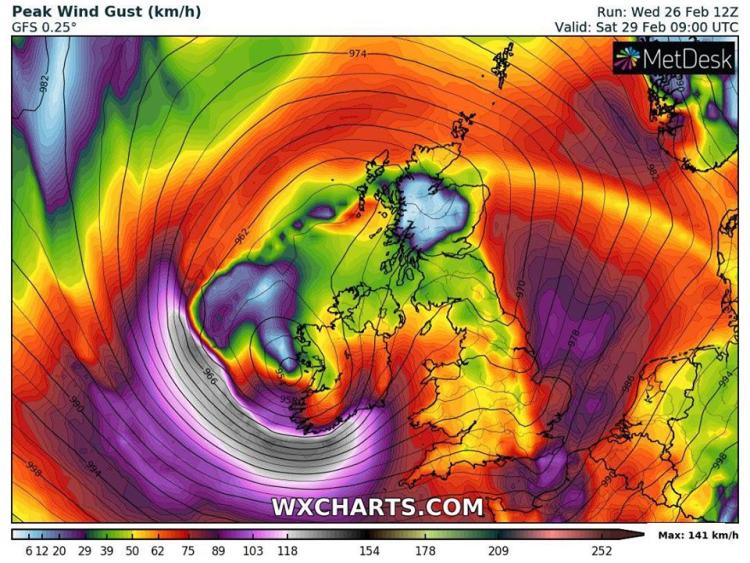 There's a risk that a storm will hit this weekend with damaging winds and heavy rain followed by snow, says Carlow forecaster, Alan O'Reilly.

The latest models continue to bring a storm towards us on Saturday and it brings a risk of strong to damaging winds and heavy rain with snow on the edge of system.

However, according to www.carlowweather.com, another model also continues to keep system further south with strongest winds missing most of us but it still predicts heavy rain though.

Alan added: "Looking at rainfall for the next 7 days on both models shows risk of over 50mm in parts of the West which would make flooding worse again. Subject to change this far out but it’s doesn’t look good at present."