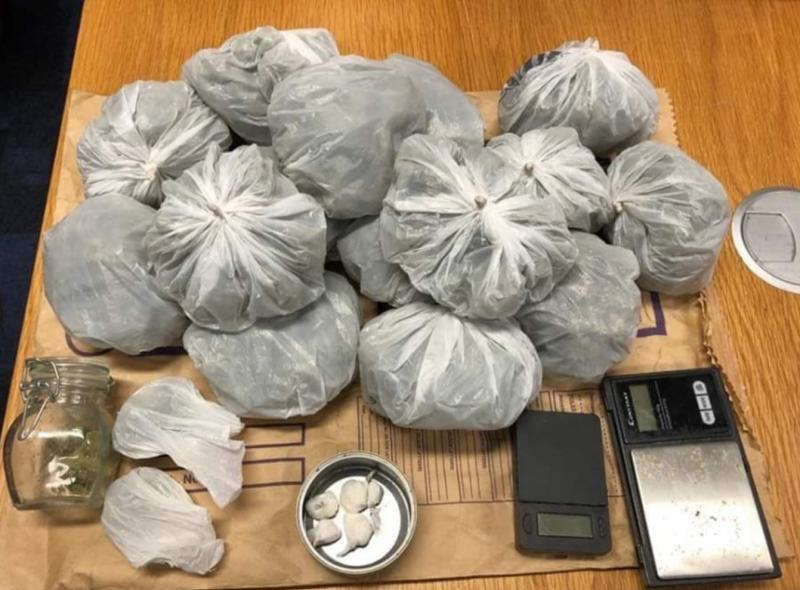 The drugs seized by Carlow Gardaí in the Ballinabranna area after the suspect tried to flee on foot have been valued at €40,000.

Carlow Gardaí seized a "large quantity" of cannabis last weekend after they caught a man who initially refused to stop his car and then fled on foot.

Carlow Detective Unit were conducting a Crime Prevention Patrol in the Ballinabranna area on Saturday, March 21.

They intercepted a male who initially refused to stop his car.

The man drove at speed towards Killeshin where he lost control of the car at a bend.

He then abandoned the car and attempted to escape on foot but was pursued by Gardaí and the suspect was found in possession of a black bag with two kilos of cannabis herb which was destined for the local Carlow streets.

The suspect in his 40s was detained at Carlow Garda Station under Section 2 of the Drugs Trafficking Act and later charged at Kilkenny District Court on Monday, March 23 where he was remanded in custody.