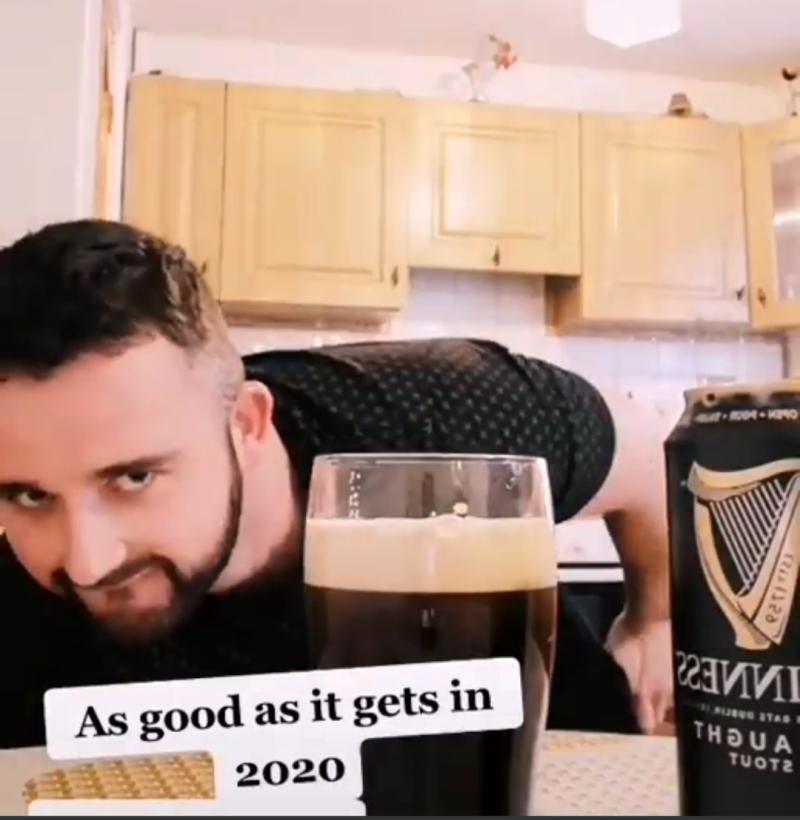 The "Anticipation" ad sees a man dancing around a pint of Guinness as he waits for his pint to settle.

First screened in 1994, it became one of the most famous Guinness ads ever and was also responsible for the 1995 chart success of its soundtrack Perez Prado's Guaglione.

Carlow's Patrick has re-enacted the turmoil a person goes through as they wait for their pint of Guinness.

Check out his hilarious footage below:

And here's the original ad: