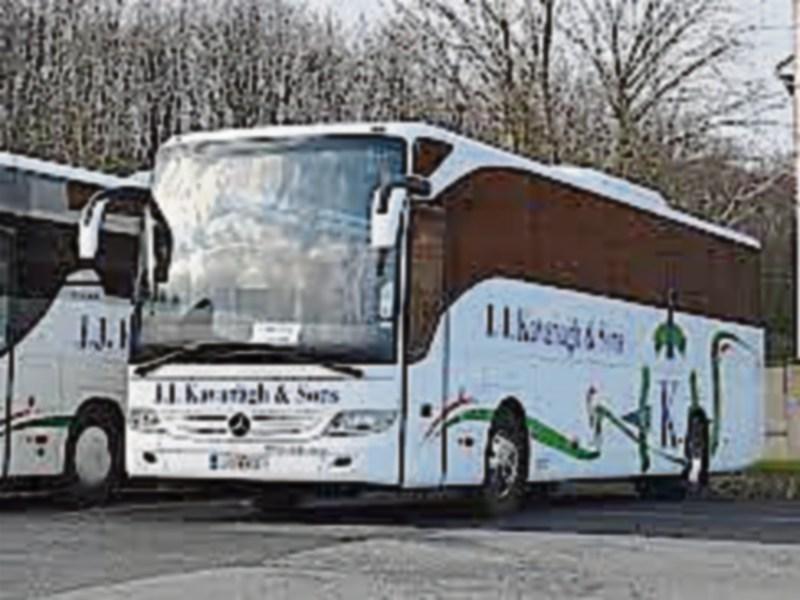 More bus friendly routes need to be created and dramatically reduced traffic levels as a result of the Covid-19 outbreak offers a chance to get this work started, says one private operator.

All bus operators servicing Carlow residents have had their services severely curtailed by the pandemic.

A further scaling back of services, unloading train timetables, is due to take place this week and this is being done to reflect the fact that service demand has fallen by 80% and to adhere to public health advice about social distancing.

JJ Kavanagh of the eponymous JJ Kavanagh & Sons has been providing services, says only the Naas to Blanchardstown service is operating and those linking Clane-Naas, Newbridge-Kilcullen, Naas-Carlow as well as the 24 daily Dublin runs are cancelled.

But now is the time to plan for making a journey from Naas to O'Connell Bridge a 45 minute trip, he says.

"These are worrying times for everybody but I’ve been campaigning for 18 months for bus lanes on all routes out of Dublin to reduce car dependency and to increase public transport use.

"People living in County Kildare are well aware of the congestion on the road every day - even with the motorway extended by another lane on both sides.”

Kavanagh’s is also suffering the loss of its tour business which carries at least 400,000 people a year to tourist destinations around Ireland.

He also said increasing traffic congestion has forced the company to alter its timetables and routes in Kildare and Dublin, including the service linking Naas, Sallins, Clane, Rathcoffey and Blanchardstown.

He said the route between Naas and Clane is hugely impeded by growing traffic levels, which also forces timetable changes.

Calling for all approach roads to the M50 to have bus lanes he added “the only way of stopping people going in and out of Dublin by car is to have guaranteed travel times and if people could get to O’Connell Bridge from Naas in 45 minutes they wouldn’t use the car.”

He also said that it would be cheaper than cars because government initiatives are geared towards encouraging public transport use.

“Everybody would be better off if the number of cars in Dublin was reduced by 15% to 20%. Traffic would flow better for everybody.”

Dublin Coach, better known as the ‘Green Bus’ service, which links the major towns of County Kildare with Dublin and Dublin Airport, as well as areas outside the county like Limerick, Ennis, Tralee and Belfast has suspended all services.

The family owned County Kildare business, which began operating in 2007, said it did so to safeguard the health of drivers and passengers.

“It is with a heavy heart we are implementing these measures. However we are confident it is the right decision (and the welfare of our customers and staff) is of paramount importance to us at these unprecedented and difficult times, the company said on its website.

The Local Link service, which operates in rural areas as well as towns and parts of south Dublin, has ended some evening services on door-to-door routes.

It says resources will instead be redeployed, where practical, to community support services for passengers who need medical and food supplies within rural areas, in particular the elderly, the vulnerable, and the sick.

Go Ahead Ireland, which took over many services previously provided by Bus Éireann, will commence operation of an amended schedule of services from April 1.