Before and after! Dead sheep among the things removed from the River Barrow in Carlow 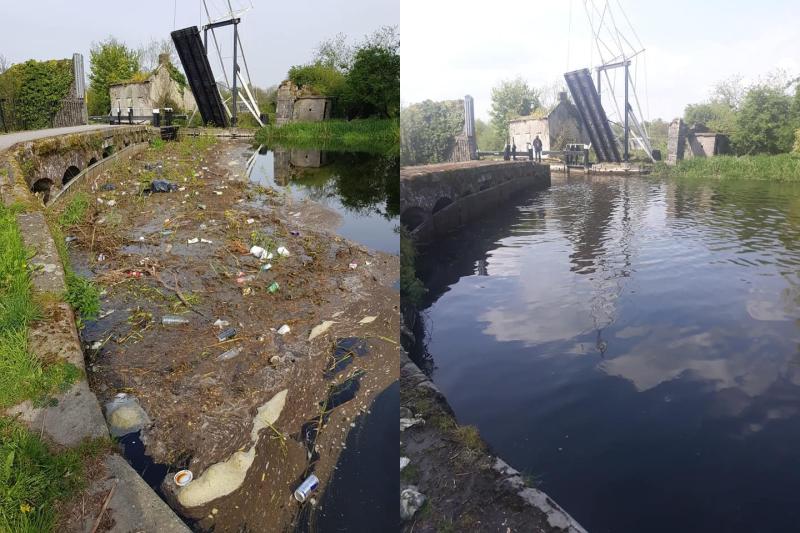 The before and after pictures of a clean-up of the River Barrow in Bagenalstown are shocking with a dead sheep among the things removed from the waterway.

"Filth and dirt" had been reported on the River Barrow and Cllr Arthur McDonald highlighted the issue and said it "really isn't nice to see cans, rubbish, black bags" on the river and especially at Reas Lough.

The local representative contacted Waterways Ireland and the Council but it was locals who came to the rescue over the weekend.

Several of them went down to Reas Lough and "cleared the filth and dirt".

Another man picked three black sacks of rubbish by the bank during the week.

"I was down there it looks great lads fair play, there's rubbish and trees and other items left out to the side of the bank for the Council to take away Monday so I'd ask anyone walking past to avoid, again well done boys great work," Cllr McDonald said.