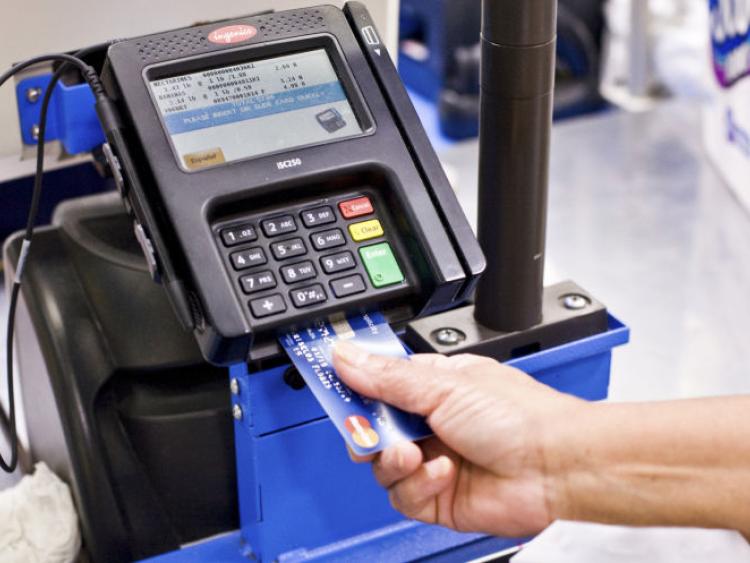 However, we are spending 33% more on groceries with those between the age of 45 and 54 recording the biggest increase at 37%.

AIB data has revealed the spending habits of Irish consumers since Covid-19 started to impact the country at the beginning of March.

The data has been compiled from over one million transactions between 8th March and 11th April and has been anonymised and aggregated.

Those over the age of 65 in Carlow recorded a drop in grocery spend of 9% compared to normal levels.

On 12th March when schools closed and people were asked to work from home, grocery spend nationally was 60% higher compared with the previous Thursday as people rushed to buy necessities.

Carlow consumers spent an average of €70 per grocery transaction on this day, compared with an average of only €43 the previous Thursday.

On Thursday 12th March when An Taoiseach Leo Varadkar announced that schools would close and that people should work from home where possible, Irish consumers rushed  to buy necessities as spending was 17% higher than a normal weekday, and 20% higher when compared with the previous Thursday.

Friday 13th March saw consumers spending 4% more than normal as panic buying seemed to subside quickly. Every day after 13th March has seen a significant drop in spending, with St Patrick’s Day recording a 47% drop in average spending – the lowest of any day since the crisis started.

Since a lot of stores were required to close as a result of Covid-19, Irish consumers have started to spend more online, with online clothing retailers performing strongly. The biggest online spending increase on a single day was on Friday 10th April, Good Friday, when consumers spent 107% more than normal on clothing.

This increase in clothing spend on this day was largely driven by under 25s as they spent 249% more than normal. Meanwhile, those over the age of 65 spent 37% more than usual buying clothes online on the same day.

On average consumers spent €76 per grocery store transaction on this day, 60% higher than the previous Thursday, when the average transaction average was €48.

On average, consumers are now spending 30% more on groceries since Covid-19 started to impact Ireland. Those between the ages of 45 and 54 are spending 38% more than normal, more than any other age group. Meanwhile, those between 25 and 34 are spending an average of 36% more. Over 65s have recorded the smallest increase in grocery spend, up 3.4% on normal levels.

This is consistent right across the country, with grocery spend up evenly across all counties. Spend is up 36% on Dublin consumers, while those in Donegal are spending 35% more on groceries.

However, spend in general is down overall.

Speaking about the data, Fergal Coburn, Chief Digital & Innovation Officer at AIB said “The Covid-19 crisis has dramatically impacted the lives of Irish consumers and our data shows how consumers are responding to these changes in their spending habits. It also provides valuable insight for Irish businesses who are trying to adapt to this exceptionally challenging situation.

“The data also reflects the reality of the situation, with grocery stores being one of the remaining retail outlets open, seeing a 30% increase in the average transaction. It also reveals the biggest drop off in spending overall has been by those over 65 as they listen to the government’s advice and stay indoors.

“These insights reflect behavioural changes as consumers switch to using their cards to pay for more goods and services. As Ireland most digitally enabled bank, AIB offers consumers a variety of solutions to support this, including a range of digital wallet options and Ireland’s number one banking app.”