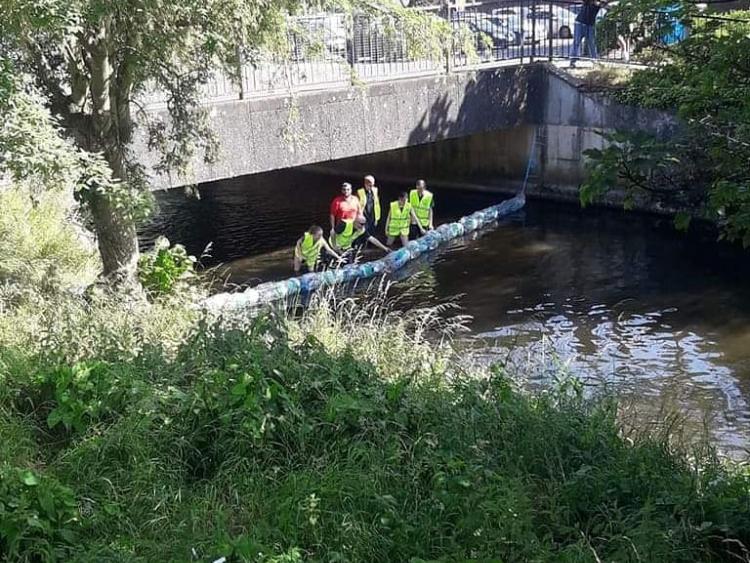 Carlow Regional Youth Service have won the Senior Water Category at the national Young Environmentalist Awards which were announced on Thursday, May 21.

A record-breaking 500 applications were received this year.

Now in their 21st year, the Young Environmentalist Awards hosted by ECO-UNESCO recognises the efforts made by young people aged 10 to 18 years old across Ireland who have worked towards improving the environment.

ECO-UNESCO, Ireland’s Environmental Education and Youth Organisation has seen over 50,000 young people involved in the Young Environmentalist Awards since 1999.

Carlow Regional Youth Service won the Senior Water Category for their efforts in cleaning up and collecting the waste that was floating down the river in town.

The group was able to gather hard data on the types of waste products in the river, to raise awareness on the subject and make an art piece from some of the rubbish they collected.

As the group had no budget for this project they upcycled old items to make a floating net.

Due to Covid-19, the announcements were made online in place of an event which is usually hosted in Dublin each year. Mary Robinson, former President of Ireland made an address while RTE Radio Presenter, Tara Stewart announced the winning projects.

To celebrate the occasion while young people are at home, ECO-UNESCO organised a week-long set of events including workshops and webinars from key experts. The theme of ECO Week is Food, Fitness, Fashion and your Future.

Elaine Nevin, National Director of ECO-UNESCO said: "We have received more applications than ever this year and despite Covid-19 interruptions, young people have continued to work on their projects at home.

"Climate Change and biodiversity loss are becoming real threats and young people this year have shown through their YEA action projects how they are tackling some of these issues.

"We are blown away by the passion and motivation of this year's entries and their attitude towards making a positive environmental change."

For more information on the Young Environmentalist Awards please got to www.YEA.ie