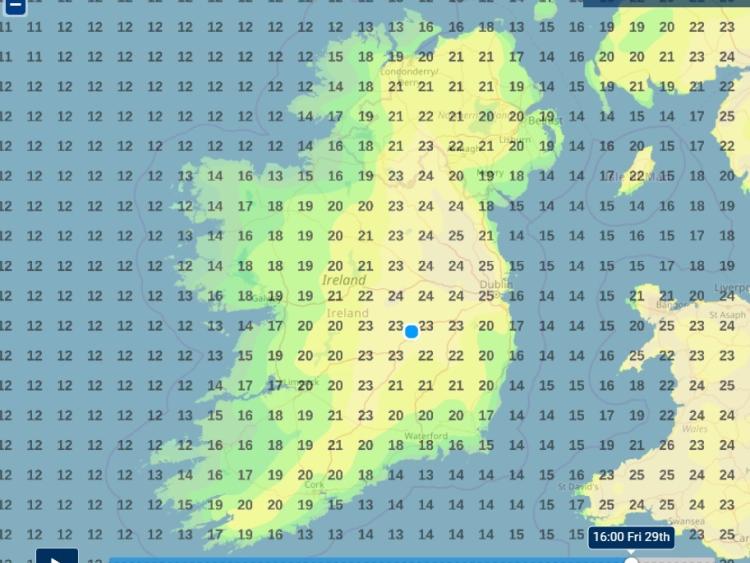 The forecaster expects temperatures to reach the low twenties each day for the first half of the week and indicates that the days going into the weekend could be even warmer in some parts.

Met Éireann weather charts show the temperatures reaching the mid-twenties in the midlands by Friday.

Met Éireann says the next seven days are forecast to be mostly dry for the majority of the country, with just parts of the northwest likely to see any appreciable rainfall. It says the coming week will see almost no rainfall in parts of the east and south.

Temperatures for the week ahead will be 2 to 6 degrees above normal across the country for the last week of May. It will be milder in most places next week as a high pressure becomes re-established near Ireland and brings warm and humid air.

Sunshine and cloud amounts will vary in the next 7 days. It's expected to brighter in the south & east and cloudier in the north & west. MORE BELOW TWEET.

Our 7 day Atlantic Chart shows the precipitation and pressure forecast in 6 hour intervals:https://t.co/9Giuj4CR5m

A nationwide forecast and outlook covering the next week can be found here: https://t.co/9gKN6SVok4 pic.twitter.com/2AP65aHaGC

Forecast issued on the Met Éireann website at 7.30pm on Sunday, May 24

MONDAY 25TH MAY
Monday will start dry and bright with mist and fog patches clearing. Later in the morning, cloud and rain will move into Atlantic coastal counties and will extend eastwards during the afternoon with the rain turning light and patchy. It will hold mostly dry in eastern and southeastern counties with some sunny spells. Feeling humid with moderate or fresh southerly winds and highs of 16 to 20 degrees, cooler in southern and western coastal areas.

NATIONAL OUTLOOK
Mild and humid in most areas on Monday night with a little patchy light rain or drizzle in places and some mist and fog in parts too in just light westerly breezes. Lowest temperatures of 9 to 12 degrees Celsius generally, though a little cooler in the northwest with lows of 7 or 8 degrees.

Tuesday will be dry in most areas with light westerly or variable breezes. Cloudy and misty at first with the odd spot of drizzle. However, it will brighten up with warm spells of sunshine. Highest temperatures will range 14 to 21 degrees Celsius, best values in inland parts of the southeast.

The rest of the week ahead looks to be warm or even very warm at times for late May. There will be a good deal of dry weather overall with spells of sunshine. Some rain or drizzle may occur at times too, with this most likely in northern and western parts of the country. 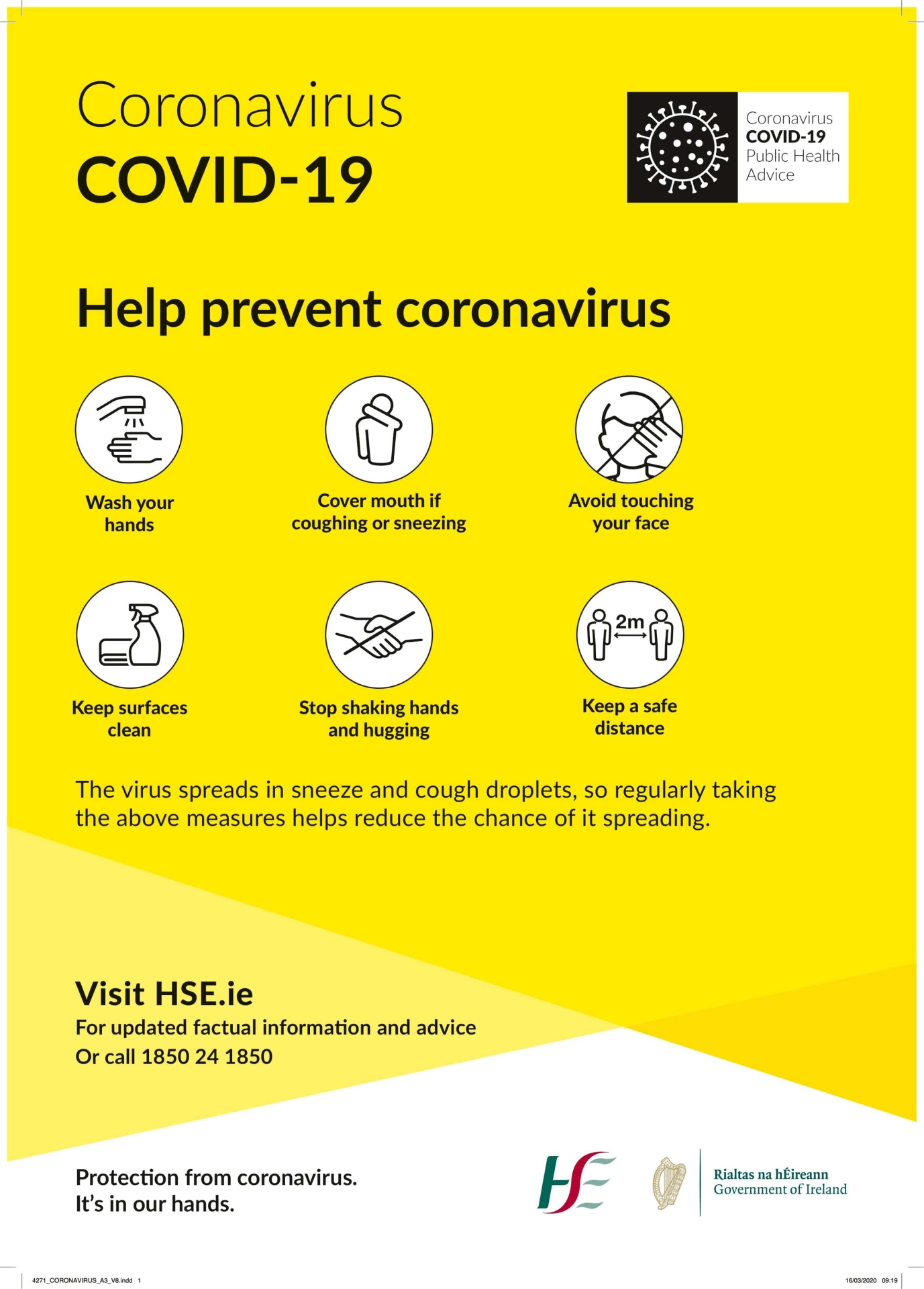