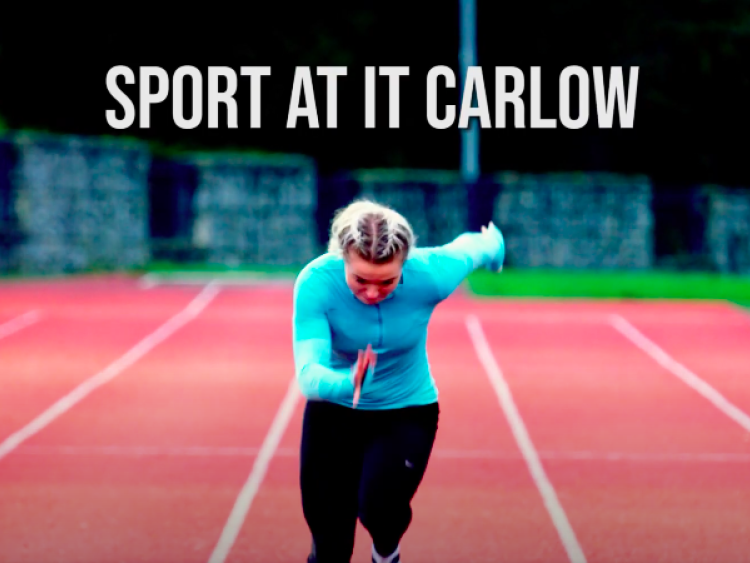 Local athlete Molly Scott is a student at IT Carlow

IT Carlow is the top performing Institute of Technology in the country when it comes to sports.

For the second year in a row, it has beaten all other ITs at the Student Sport Ireland (SSI) Sports College of the Year Awards, announced last week on May 21.

Student Sport Ireland is an umbrella organisation and the governing body for third-level sport in educational establishments across the island of Ireland.

Launched in 2018, the Sports College of the Year Competition rewards colleges for their participation and achievement in all cups, leagues and competitions run by the organisation

"It is particularly gratifying when we take into account that several of the sports IT Carlow was very successful in this year – athletics, camogie, pool intervarsity’s, archery and boxing – are not currently considered in the overall points programme."

The news comes after another successful sports year for Institute of Technology Carlow that saw them reach the finals of the Fitzgibbon and Sigerson Cups.

Other highlights of the year include the IT Carlow men’s soccer squad becoming CFAI Perpetual Cup Winners, the men’s rugby team winning the SSI Division 1 League and the SSI U20 O’Boyle Shield, while the Institute’s pool team became the UPC Irish Intervarsity Eight-ball Pool Championship Winners 2019/20.

Dr. Patricia Mulcahy, President of Institute of Technology Carlow commented on the achievement and said: "This ranking, for the second year in a row, is a great testament to the outstanding sports facilities and opportunities at IT Carlow and the fantastic engagement of our students across all sports disciplines.

"I congratulate students and our sporting faculty on this achievement."