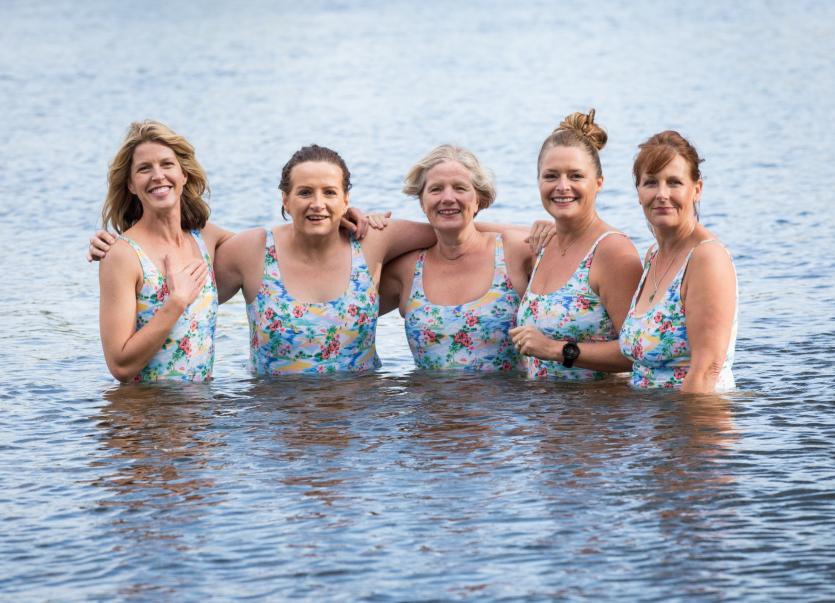 The Henley Mermaids including Joan Fennelly from Mountmellick, Laois (second from feft)

An Irish woman is part of a relay team who will tonight brave the cold water, waves, ferries and jellyfish to swim from England to France in aid of charity.

Joan Fennelly, 53, originally from Mountmellick, Co. Laois lives in Henley in the UK and is one of the Mermaids, a group of ladies in the Henley Open Water Swimming Club who train in the Thames river.

They are attempting their huge challenge to raise money for their local music school which gives subsidised lessons to children.

"While we have done night time swimming in the river, we hadn’t particularly bargained on doing half our relay in the dark. On the positive side, we will (hopefully) reach France in daylight. I don’t know how long it will take, but hopefully it’ll be 15’ish hours. Depending on tides and weather, it could be more, or less - who knows?? Fingers crossed," Joan said.

Watch a BBC interview with Joan and her teammates.

Joan is asking everyone back home to donate a little towards their fund, via her mother Marie in Mountmellick. The well known Fennelly family ran a jewellery shop for many years in the town and in Portlaoise.

One of eight children, Joan learned to swim like many in the river Oweness near the Slieve Bloom mountains. On swimming the Channel, she said: “I’m doing it because I can. It’s an iconic swim that’s on my bucket list.”

The English Channel is the 21 mile stretch of water that separates England and France.  It has now become the most iconic swim to tackle in the world. Swimmers come from all over the world to attempt this 'Everest of Swimming'.

Their swim starts at 11pm tonight Tuesday, July 21. They will swim in 1 hour rotations, and hope to complete it in around 16-18 hours.  No wetsuits are allowed.

The Mermaids were to embark on the challenge in June but it was delayed due to Covid-19 restrictions.