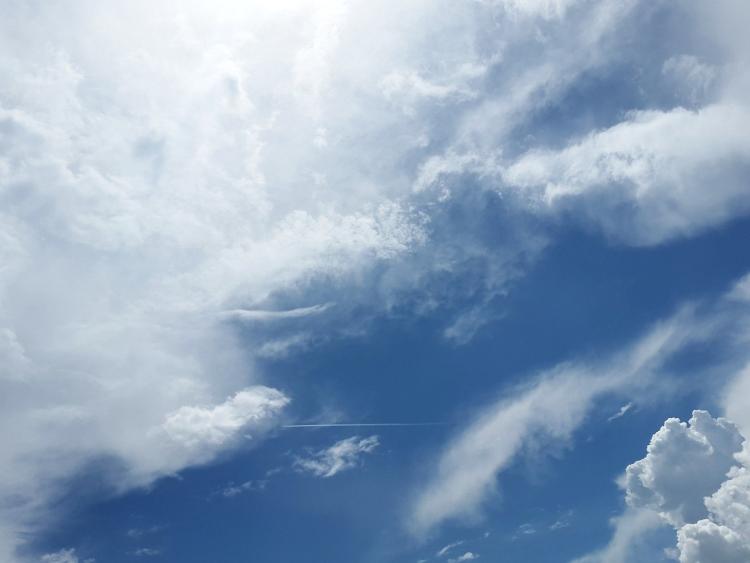 There will be little change to Ireland's weather, with light easterly or variable winds throughout, relative humidity on the high side with no change of air mass until the midweek period of next week, according to Met Éireann.

A cloudy, misty start this Friday. There will be heavy showers across the southern half of the country today with a risk of thunderstorms, according to Met Éireann.

The northern half of the country will become drier and brighter with sunny spells developing. Warm and humid with highest temperatures of 21 to 25 degrees in light east to northeast breezes.

Showers or longer spells of rain continuing through Munster tonight. The rest of the country will be mostly dry, however there will be an ongoing risk of a few passing showers. Overnight temperatures no lower than 12 to 16 degrees.

Saturday
Tomorrow will see showers or longer spells of rain affecting Munster and southern parts of Connacht at first and later in to Leinster. There'll be drier weather for Ulster and north Connacht with sunshine there. Temperatures staying on the high side, between 21 and 25 degrees, once again the best in Ulster. Winds remain light variable or easterly in direction.

On Saturday night temperatures will be between 12 and 14 degrees at the lowest and there'll be scattered showers and clear spells, the showers most frequent moving from east Leinster in to the north.

Sunday will see little change, the best of the temperatures in the southwest. There'll be sunny spells and scattered showers, the showers most frequent in the east and south. Highest daytime temperatures 20 to 23 degrees, lowest night time temperatures 13 to 15 degrees.

A similar day on Monday with a similar temperature profile. The showers will be most frequent in the southeast with a rumble of thunder possible.

Little change on Tuesday, although there is a signal that the wind will back to the northwest by then with further scattered showers. Highest temperatures in the north, between 20 and 22 degrees.

Current indications suggest that Wednesday will start out dry and warm, but a freshening southeast wind will bring rain and a change of air mass for a fresher day on Thursday and out to the weekend.