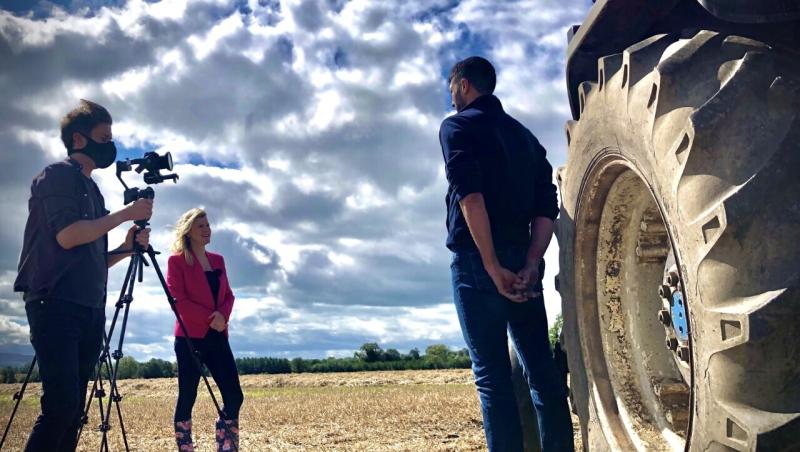 Plough On ... with Nuala Carey is available now on the RTÉ Player

RTÉ will mark Ploughing Week with the release of a new RTÉ Player exclusive.

Plough On ... with Nuala Carey takes us to the National Ploughing Championships 2019/20 site in Ballintrane, Fenagh, Co. Carlow to meet some of the people for whom a year without Ploughing will be a year like no other.

Due to Covid-19, the organisers of the National Ploughing Championships, which was due to take place the 15-17 September, announced the cancellation of the event back in early May.

RTÉ’s Nuala Carey, someone with a deep connection to this unique event, presents a new one-off special and meets a range of people who will miss this year’s event greatly.

Nuala chats to National Ploughing Championships organisers, mother and daughter powerhouse Anna May and Anna Marie McHugh, about the impact of this year’s event cancellation, and looking forward to 2021.

“Everybody is saddened that it’s not happening but look we have to keep the flag flying and look forward to better times," says Anna May McHugh of the National Ploughing Association.

Seamus Quirke, a young tillage farmer in Carlow, and Ailish Osborne, a young beef and tillage farmer from Kildare, share memories of attending the event over the years, from getting lost to sneaking in for free in the early days.

Gary Ireland, 5-Nations Reversible Champion 2019, guides Nuala through the event from a competitor’s view, and chats about practicing in the lead-up and the early starts to beat the ploughing traffic.

Jason Hegarty of Gordon Hegarty and Sons Ltd, based in Tullow, discusses the commercial impact of not being able to exhibit and the daily Covid-19 challenges for the business.

Marty Morrissey and Damien O’Reilly chat to Nuala about what they believe will be missed most about the cancellation of one of Europe’s biggest outdoor event.

"It’s the national AGM for communities from all over Ireland," says RTÉ's Marty Morrissey.

“The Ploughing Championships is a celebration of the end of the harvest, and that’s what farmers are really going to miss this year," says RTÉ Radio 1 Countrywide's Damien O’Reilly.

Each year, over 1,700 exhibitors take over almost two million feet of trade space and meet over 293,000 visitors. Over 300 ploughers take part in the competitions.

Plough On ... with Nuala Carey is available now on the RTÉ Player.