From Carlow to Australia: Local girls around the globe running for the Irish Kidney Association 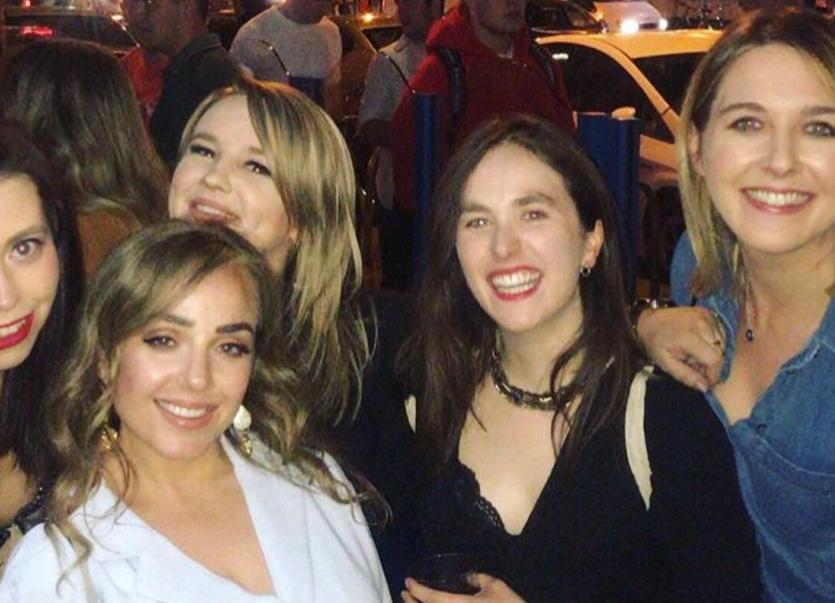 Five young Carlow ladies will don their running shoes in three different time zones across the globe this Saturday for the virtual VHI Women’s Mini Marathon.

They are undertaking the challenge to demonstrate solidarity in support of a cause very close to the heart of one of the friends, Sarah May, which is to raise organ donor awareness and funds for the Irish Kidney Association (IKA).

The friends will synchronise their watches to undertake the run at the same time from their locations in Abu Dhabi, Melbourne, Kildare and Carlow.

They have already raised in excess of €1,000 through their Just Giving fundraising platform.

Wearing their bright yellow running t-shirts with IKA branding, Carlow's Sarah May and Lauren Stewart will set out running their 10km distance on home turf.

In Kildare, friend Maeve Howe will be sporting the same bright IKA t-shirt when pounding the roads in her native Athy.

Running for the cause in Australia will be Mona Mullins, who is working as a nurse in Melbourne, while her friend Eva Balfe will be jogging along under the warm sunshine in Abu Dhabi where works as a teacher.

Four of the friends had been classmates since they were children, attending Bennekerry National School in Carlow and continuing together right through secondary level at St Leo’s College.

Sarah May, who works in human resources for a Dublin-based software company, has been working remotely since the Covid-19 lockdown. Sarah was just 16-years-old when her father Paul, who was advertising manager with the Carlow Nationalist newspaper, passed away in 2008.

Three decades previously, the father-of-two had received a diagnosis of end stage kidney disease, progressing to dialysis treatment in 1984 when he and Sarah’s mother Pat joined the Carlow branch of the IKA and became active members, as they found the organisation very supportive. Pat was elected to the national board in 2001 and she became national secretary in 2007, before taking up the two-year tenure of national honorary chairman in 2009.

No doubt influenced by her late father and her mother, Sarah has also aligned herself closely to the IKA and has taken a week out every summer, with this year being the exception, to travel as team writer with Transplant Team Ireland when they compete at World and European Transplant Games events on alternate years.

She is a very popular member of the team’s panel and carries out the demanding role reporting team members’ results, their successes and sharing their inspirational stories, which she carries out with great aplomb while helping to spread awareness about the success of organ donation.

“I’m delighted my friends are supporting me by running in the first-ever virtual Women’s Mini Marathon, which was to take place earlier this year," Sarah said.

"A huge positive is that because it is virtual it can be done anywhere in the world. It’s a fun way to connect with my far away and closer to home friends while supporting the IKA, which does great work in advocating for kidney patients and their families as well as promoting the organ donor card. I want to thank all those people who have supported the fundraiser so far, and hope they will also consider organ donation and let their friends and family know their wishes.”