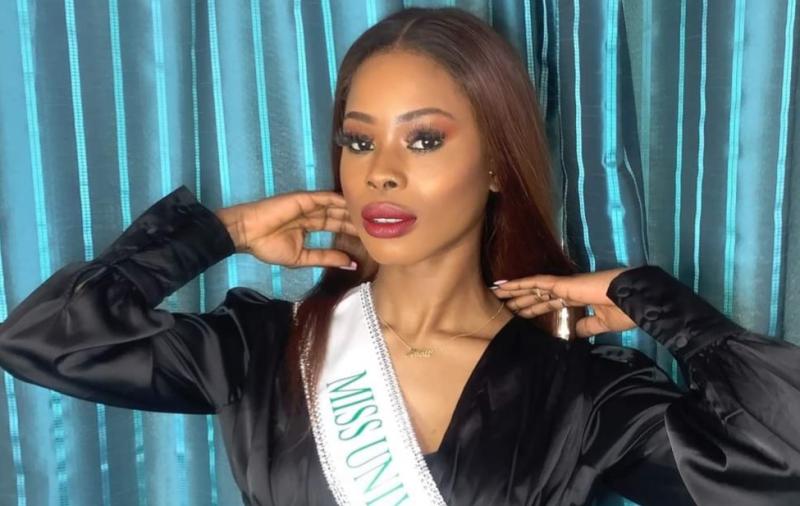 Offaly's Abbi Badmus Yusuff has her eyes on the Miss Universe Ireland crown having made it to the final 12 of the 2020 pageant.

The 24-year-old from Edenderry, who is currently living in Galway, is in with a chance of following in the footsteps of recent winners Cailín Toíbín, Grainne Gallanagh and Fionnghuala O' Reilly, each of whom have made history in the competition since Brittany Mason took over the Miss Universe Ireland organisation.

This year's Miss Universe Ireland contest is a little bit different than usual. Due to the health restrictions around Covid 19, the winner will not be crowned at a gala grand final in the famous Round Room of the Mansion House in Dublin.

Also this year, there is a peoples' choice element to the contest, which allows the public to vote for their favourite contestant. For anyone wishing to vote for Abbi, simply go to the Miss Universe Ireland website and click on Abbi's photo.

The Miss Universe pageant is the most famous of its kind in the world, with the Miss Universe Ireland set-up being one of the very best there is worldwide. For Abbi, to be crowned Miss Universe Offaly is already an honour in itself.

Abbi, who has played Gaelic football for Offaly at county level, explained how it all came to be. "I've known about the Miss Universe pageant for a couple of years now, but it was never something I really focused on. But over those last couple of years, I've been seeing different bits and bobs of contestants like Fionnghuala last year, and Grainne Gallanagh as well. I'm the kind of person who likes getting myself into different things, so when it came to this year I decided to apply," she said.

"Fionnghuala [the first woman of colour to win the Miss Universe Ireland crown] from last year is a role model for me. She just inspires me so much. She proved that at the end of the day because Irish and being in Miss Universe is not just your colour - it's about what's in you. And that's something that I wanted to show too," Abbi said.

The most recent Miss Universe Ireland winners, Grainne Gallanagh in 2018 and Fionnaghuala O' Reilly last year, have both been very visible and active in the public eye, especially on social media.

Grainne, a nurse by profession, has taken every opportunity to promote womens' health, while Fionnghuala, a data scientist with NASA, has been to the fore in highlighting the roles that women can reach for in STEM related subjects and disciplines. And even when Grainne and Fionnghuala have been on the receiving end of various kinds of online abuse, they've always remained focused and positive in their outlooks and their ambitions.

"I think that with social media, people are brave behind the computer screen. I feel like as women, these individuals, like Fionnghuala and Grainne, they pick themselves up regardless of what people have to say. And that's what I focus on too.

"Being black myself, I face racism on a daily basis. Some of it might be just minor, but some of it can be something that's very, very hard to take in. So you have to learn to live with it because some people are always going to criticise you, regardless of if you're doing good or bad," Abbi said.

So what was the big reason that made Abbi decide to become involved in the Miss Universe Ireland pageant this year?
"Well, the pandemic that's going on now worldwide now has been such a huge, huge problem. And with all of that happening, we haven't been able to showcase ourselves. And I think with me, I have a lot of personality," she said.

"The first couple of months of 2020 were very rough for me. We were very, very busy. I'm a full-time worker in a medical device company and we're providing ventilators. I was working six days a week, on long 10, 11-hour shifts. I had some health issues at the time as well, so I was just feeling broken. And that's not me!

"I'm always the go-getter, always the one with the winner's attitude. So after feeling down, I thought it was time to pick myself back up. And I just thought right, Miss Universe Ireland is something that would suit me. It's something that I am willing to put myself out there for, to teach young women of today that they can build themselves up and that should live every day as if it's their last," she added.