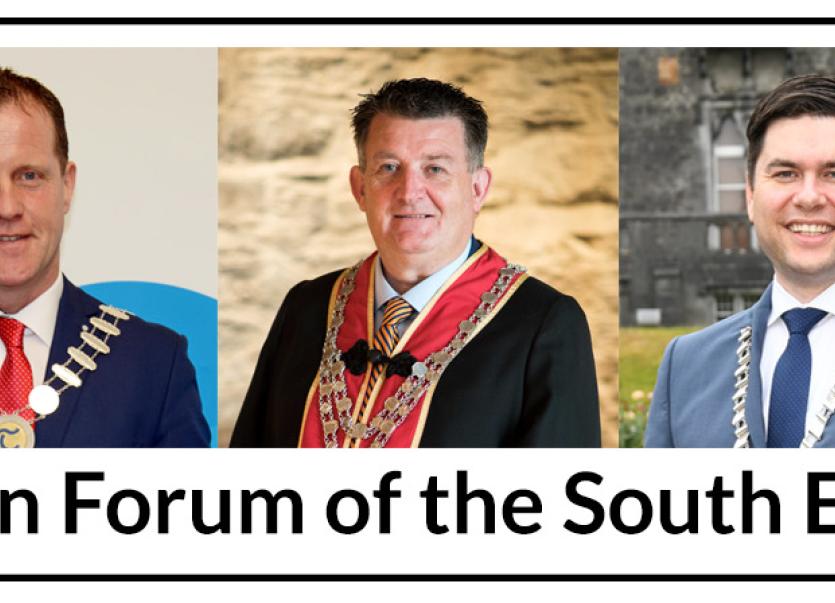 The first-of-its-kind South East First Citizens Accord has created a forum of the 'First Citizens' from Carlow, Kilkenny, Tipperary, Waterford and Wexford who are coming together with the goal of addressing the structural challenges faced by the South East.

The region is particularly vulnerable to the impact of the pandemic having had the highest regional unemployment rate coming into the crisis. The Accord agrees on immediate common priorities for the region as a whole that can aid economic recovery coming out of the Covid-19 crisis and can address the historical imbalance in State funding and engagement with the South East.

The First Citizens invited the regional TDs and Senators to attend a meeting today, Friday, March 26, where the priorities were presented and the need for each outlined. There was strong support among the Oireachtas members to align behind these critical issues, many of which they are currently and actively engaged on. The seven priorities are:

1.     Technological University of South East – €250 million investment by 2025: The new TUSEI will require funding that matches the scale of the ambition of the project, similar to the State support given to the €500m development of TU Dublin.

2.    A €30m region-specific South East Innovation Fund: There is a need for specific funding for the South East to support strategic projects that can drive job creation  (similar to the €28m Border Fund and the €44m Midlands Just Transition Fund).

3.    Investment in South East Ports & more strategic collaboration between them: Government support is required to develop the South East ports (Rosslare and Belview, Waterford) as strategic national solutions to Brexit, to take advantage of their huge potential as offshore wind hubs and to act as drivers of the region’s economy.

4.    40 new IDA companies in South East and new IDA property in each county by 2024: The South East has amongst the lowest levels of IDA jobs in Ireland. More ambitious IDA engagement in the South East is required to make up the shortfall.

6.    Accelerate upgrades of N24 and N80 road connections: The South East requires upgrades on its road connectivity to the west and internally. The N24 upgrade needs to be progressed and the route should also be seriously examined as an alternative motorway route to the proposed N20 development.

7.    Provision of a 24/7 Cardiac Care Centre for the South East: The announcement of the appointment of the contractor to build the second Cath Lab in UHW is very welcome and we now need to ensure that this translates to comprehensive delivery of 24/7 cardiac care service to ensure that patients do not have to travel long distances for urgent care.

These are also some of the areas recently identified by IBEC as being key to the region's success.

Speaking on behalf of the people of Kilkenny, Cathaoirleach of Kilkenny County Council Andrew McGuinness welcomed the establishment of the First Citizens Forum.

"Collaboration by the counties in the South East Region is key to the delivery of key priorities for our region, such as the multi campus TUSE, the upgrade of the N24 and 24/7 cardiac care," he said.

"I look forward to working with my fellow First Citizens for the betterment of the Kilkenny and the South-East.”

The Forum will operate a rotating chair and speaking on behalf of the five First Citizens.

“In signing the ‘South East First Citizens Accord’ the five First Citizens are agreeing to work collaboratively to achieve significant progress on these seven common priorities for the region," said current Chair, Cllr Damien Geoghegan.

"Advancing these tenets are critical to addressing the structural deficits in the South East economy and creating sustainable regional economic and social development. It is the right time for us to work together with the aim of developing a prosperous future for everybody in the region.”

The five local authorities in the region have increased their collaboration over the past five years and have resourced the Ireland South East Development Office (ISEDO). ISEDO manages the delivery of the South East Regional Enterprise Plan and facilitates collaboration among industry and public agencies within the region. The signing of the First Citizens’ Accord now builds on this work by ensuring political cohesion on key priorities. The five First Citizens in the Region are  Cllr Tom O’Neill, Carlow; Cllr Andrew McGuinness, Kilkenny; Cllr Michael Smith, Tipperary; Cllr Damien Geoghegan, Waterford; and Cllr Ger Carthy, Wexford.

The Ireland South East Development Office is a regional collaboration initiative of the five local authorities of the South East (Carlow, Kilkenny, Tipperary, Waterford and Wexford) and is the first office of its kind in Ireland.

Full details can be found at www.irelandsoutheast.com.