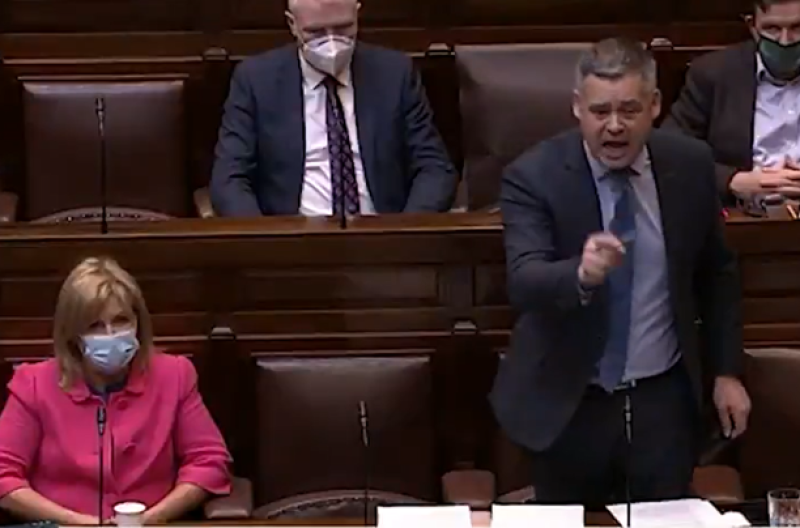 Heated words on the housing crisis were exchanged this afternoon during Leaders' Questions.

The exchange occurred as a student protest on lack of accommodation and rising rent costs took place outside the Dáil.

Deputy Pearse Doherty told Tánaiste Leo Varadkar that he saw homes as investments and appealed to him to "listen to the people".

Deputy Doherty spoke about the lack of student accommodation, the families affected by the MICA redress scandal, as well as a woman in her 50s who recently spoke to Liveline about living in a shed with no running water.

‘You should be ashamed’ Pearse Doherty and Leo Varadkar clash on housing in the Dáil pic.twitter.com/oMjcQqUd3C

He said, "You talk about Housing for All but you're not listening."

The Tánaiste replied to say he's "very aware" of the housing crisis and that Deputy Doherty doesn't "have a monopoly on compassion or understanding".

Both the Tánaiste and Deputy Doherty continued their heated exchange with both stating the other should have "a little humility".

The Leas Ceann Comhairle, Catherine Connolly, demanded they finish and said they were acting in an "ungentlemanly fashion".