'Why do we put up with this year after year?' - Twitter reacts to Budget 2022 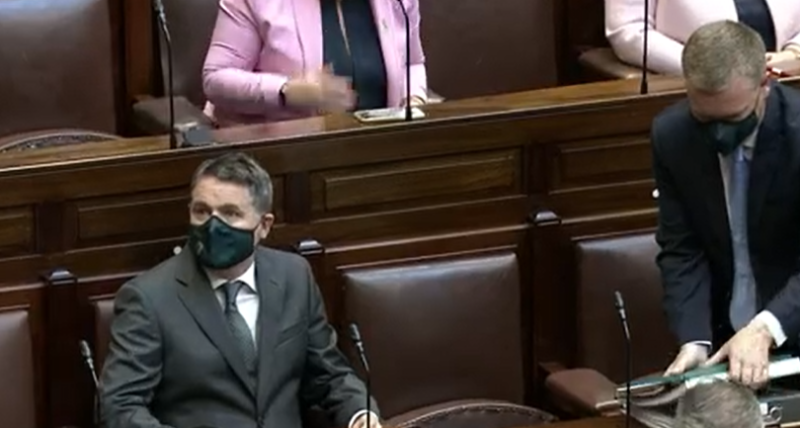 'Why do we put up with this year after year?' - Twitter reacts to Budget 2022

The highly anticipated budget for the coming year was announced yesterday October 12th, with commentators and citizens voicing their opinions about the changes through social media.

The new 2022 measures were read jointly in the Dáil by Minister for Finance, Paschal Donohoe, and Minister for Public Expenditure, Michael McGrath.

Some of the highlights include a 30c increase in minimum wage from €10.20 to €10.50 per hour, a 50c increase in the cost of cigarettes, an extension to the Employment Wage Subsidy Scheme, an increase in carbon tax up by €7.50 per tonne of CO2 and a €716million childcare package.

Twitter users had the following reactions after the announcements -

On the carbon tax increase:

The increase in #carbontax is another attack on rural Ireland, on those who live there who need their cars to get to work, where there has been a lack of investment in public transport to incentivise the use of alternative methods of transport #Budget2022

I think the budget strategy here is to push those under 40 out of Ireland ... and that will reduce the votes for SF due to our mass absenteeism #Budget2022?!

The carbon tax piece is a joke to. Zero incentives, just taxes on stretched people.

Why do we put up with this year after year? "Dearest country in EU to buy or maintain car becomes even dearer"

On free contraception for women aged 17-25:

The HSE are trying to push for free contraceptive for 17- 25 year olds in today’s budget. I didn’t realise women stopped being fertile after 25 but we’ll take what we can get. #Budget2022

So is free contraception only the pill?
The pill doesn't prevent STDs
Condoms IUDs Bars etc should all be free as contraception.
Contraception is not just about preventing pregnancy
People over 25 also have sex #Budget2022

‘Free Contraception’ but it’s only the pill and it’s only until the age of 25. Why not all contraception, or if picking one why not condoms? A ‘progressive’ government wouldn’t be so sexist and heteronormative in this approach. #Budget2022

On the introduction of Zoned Land Tax:

Zoned Land Tax sounds like a toothless initiative and will have no significant impact. https://t.co/cOl6secls4

#Budget2022. We're really still not taxing wealth the way we should. Need to see the detail but the new land levy looks to me like providing perverse incentives with respect to vacant land use.

Good news for people who like good news https://t.co/Yn4yNDXhxD

#Budget2022 is set to provide half price travel for the under-24s meaning students can save money on their daily commute to their college food bank pic.twitter.com/XIJSNt7SwP

Nothing in #Budget2022 for renters.

5 properties available for rent in Limerick for under €2k a month… pic.twitter.com/l1NmwTvmQh

I’ll be forever grateful that I earn enough to cover my rent and bills comfortably, we can afford to put on the heat if needed, I’ve no Heath at costs, kids or loans to pay for.

What did you think of Budget 2022? Let us know through our social media channels!