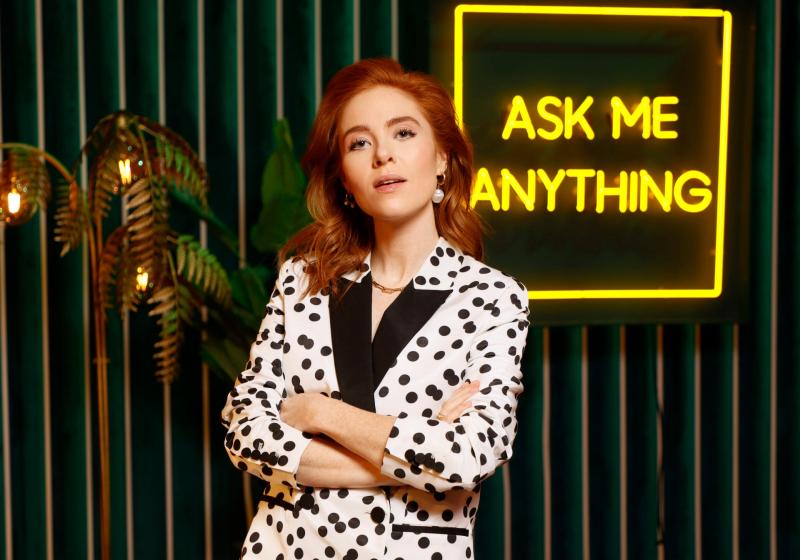 Angela will bring her charm, wit and humour to this one-hour show featuring surprises and unexpected revelations for the celebrity guests, as they all agree to be asked, absolutely anything.

Actor and comedian Chris O' Dowd tells Angela about the importance of staying true to your Irish accent, how his pet dog Potato likes to howl along to American tv show theme tunes, his time as a GAA player and the pure joy of being awarded the Freedom of Roscommon.

"He likes to sing and dance and he's just an all round nice person" @BigBoyler chats to @angelascanlon about his *very* cute dog, Potato #Angela Scanlon's Ask Me Anything, Saturday 10pm, @rteone✨ pic.twitter.com/WigvF8Cvpv

Line of Duty actor Martin Compston reveals what really went down at the National Television Awards when everyone thought he wanted to kill Dame Joan Collins and why Kilmainham Gaol holds a special place in his heart.

Singer Sharon Corr, the "sexiest fiddler in Ireland", joins Angela to speak about family, feisty lyrics, Tinder, the time she got into a bit of a snot with Luciano Pavarotti and the importance of being able to laugh at yourself.

Irish born broadcaster Angela Scanlon is best known for hosting BBC Two’s hit property makeover series Your Home Made Perfect, currently in its third series, and its spin off show Your Garden Made Perfect which returns next year.

Starting out as a stylist, Angela moved into TV working on fashion TV shows before her first documentary, OI GINGER!, aired in 2013. Since then, she has interviewed Trumps Unlikely Superfans for a BBC documentary, took on Katie Hopkins in an honest interview for Close Encounters, hosted BAFTA’s red carpet coverage for BBC Three as well as Robot Wars alongside Dara Ó Briain.

Tune in tonight and watch Angela and Co. on RTÉ One at 10pm. The series will run for 8 weeks until mid December.