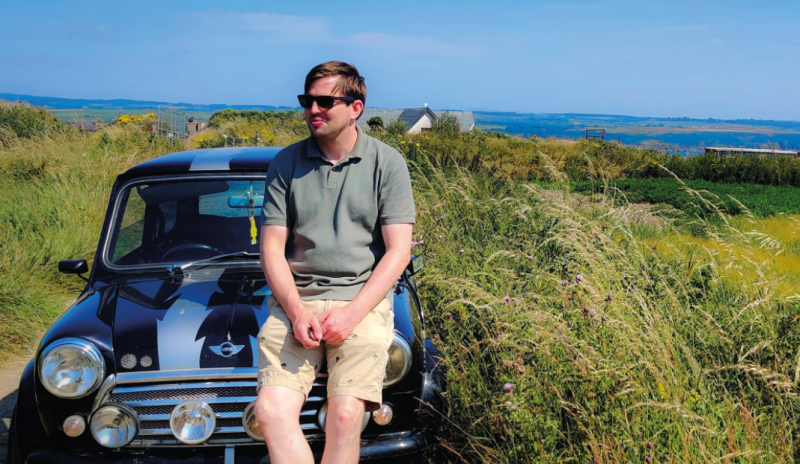 Michelin-starred Carlow chef Ian Doyle will feature on RTE show Beyond the Menu on Wednesday this week, October 27.

In the TV show, Ian talks about leaving Carlow to learn his skills and returning to Ireland to maintain the Cliff House's Michelin star.

Ian is a native of Myshall, Co Carlow and he loves nothing more than cooking great food, playing sport, and sipping a few cans with the lads; a true country gent.

Ian left Ireland over 10 years ago before returning in 2018 knowing what was really important to him not just as a chef but as a person. He took the reins of the Cliff House restaurant in Ardmore and with Ian’s love for local produce and wanting to give back to the community. Ian updated the menu and managed to retain the Cliff House's Michelin star in 2019.

In the episode, we go behind the menu at the Cliff House in Ardmore and meet the people who have helped Ian retain such high quality. We begin Ian’s story by focusing on his menu and ingredients. Chef Ian takes Mark out to sea with a local Lobster fisherman - Mike Dunne where he shares his love of his surroundings and being home. To Ian, having a Michelin menu is not just about the local producers and ingredients, it's also about his team. In this episode,  we meet them on a local beach as they forage for ingredients.

Two minutes drive away, standing in a field is where we meet local Carrot Producer Declan Hurley who produces the freshest ingredients in town. Ian then takes us to St. Raphel's which is a centre for adults with intellectual disabilities that teaches people how to garden and grow. We talk to Ali Wheeler who explains exactly how beneficial it is to have Ian and the Cliff houses help, support and contract to buy produce off them. This helps to keep the centre going and the community alive.

Mark and Ian then have an industry chat and we find out exactly how far Ian is in his career and as a person. Ian feels that it’s never too late to change and become the person you wish to be. Finally, it’s time to create a pop-up dinner “Ian Doyle style” - There's wood, fire, sand and simple delicious food.