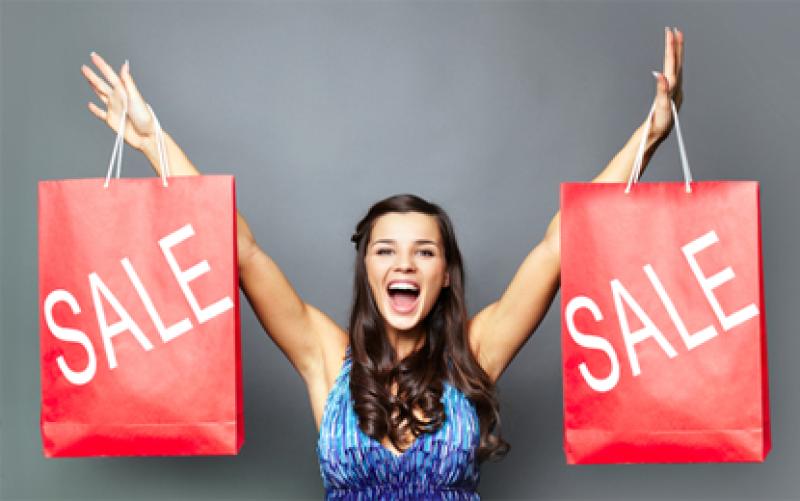 Spending on Black Friday jumped by nearly 10 per cent with spending among teenagers rising by over 200 per cent.

Overall, a 9% spending increase was recorded.

In contrast consumer spending on Cyber Monday (November 29th) ranked in the bottom half of daily debit and credit card activity that week – indicating that consumers were largely satisfied at the end of a long week of online sales, discounts and one-off specials.

Overall Retail spending only rose by 3% during Black Friday week compared to 2020, with Bank of Ireland data analysis showing that spending on electrical goods dropped by 30%.

Nationwide spending was busy as all counties had an upward trend of speding. The total Black Friday weekly spend rose the most in Wexford (+16%), followed by Cavan, Kildare and Laois (all +15%).

Consumer activity in Monaghan rose by 13%, while Cork, Limerick and Mayo all recorded 12% increases.

Overall November social spending was much stronger with steep rises recorded across the sector, with pub spending up a massive 746% when compared to the same month in 2020 when ‘wet pubs’ weren’t open.

Restaurants witnessed an overall monthly hike of 145%, while the fast-food sector also had an increase of 48%.

Commenting on the Black Friday/Cyber Monday weekly spending patterns, John O’Beirne, Director of Business Banking at Bank of Ireland said: “November is always a busy time for spending but the data paints a mixed picture. People are still keen on enjoying a nice family meal or a few drinks with friends, as social spending increased during the time period.

"And perhaps that is reflective of the changes society has undergone in the past 18 months, where many people now treasure their social connections rather than buying new gadgets or the latest tech items," he said.

"Our Black Friday week data shows that many consumers decided they had what they needed by the end of the week, and Cyber Monday was actually down on last year.

"As we head into the busy Christmas season it will be interesting to review the next round of spending data – consumers appear to know exactly what it is they want (and what they don’t) – and we’ll have to see if this pattern establishes itself further in the weeks to come," Mr O’Beirne said.