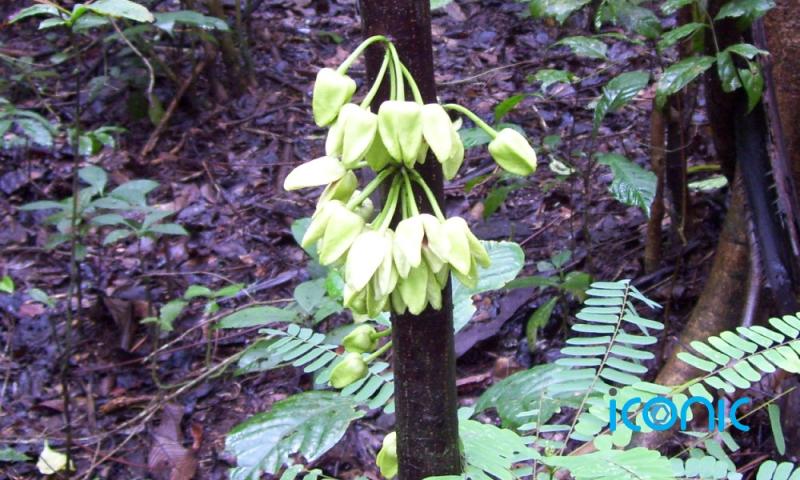 A tropical tree called after actor and environmentalist Leonardo DiCaprio is the first new named plant species of 2022, the Royal Botanic Gardens, Kew, has said.

Scientists at Kew have selected their top 10 highlights from more than 200 plants and fungi officially named new to science in 2021 – from a killer tobacco plant to a ghost orchid that grows in complete darkness.

And they have unveiled the first plant species to be officially named in 2022 – Uvariopsis dicaprio, a 4m (13ft) tall tree from the ylang-ylang family with large yellow-green flowers on its trunk that has been discovered in the Ebo Forest in Cameroon.

It hams been given the name of the Oscar-winning actor and activist after he took to social media in an effort, alongside conservation organisation Re:wild, to get a logging concession in the Ebo Forest revoked in February 2020.

Ebo Forest is one of the largest intact rainforests in Cameroon, ancestral home to the Banen people, threatened gorillas, and the world’s only chimps known to both crack nuts and fish for termites, as well as forest elephants and 75 threatened species of plant.

The cancellation of the concession by the president of Cameroon in August 2020 raised hopes that the wildlife found there can avoid extinction.

Dr Martin Cheek, senior researcher in RBG Kew’s Africa team, said: “We very much appreciated the support Leo gave us in campaigning to protect Ebo last year so it seemed fitting to honour him in this way, naming a species unique only to this forest, after him.

But Uvariopsis dicaprio is already assessed as critically endangered in the paper describing the species published in the journal PeerJ.

That is because the forest in which it is found is unprotected, and the threat of logging, mining and the conversion of land to plantations continues.

Several of the species new to science that were named in 2021 are already extinct, and many are threatened, by deforestation, changes to the use of land and climate change, Kew warned.

Scientists at RBG Kew and their partners around the world, who study unknown species, assemble the data to provide evidence they are new to science, decide on names and publish them in scientific journals, named 205 plants and fungi from Africa, Asia, the Americas and even the UK in 2021.

Dr Cheek said many species – particularly in the tropics – remain without scientific names, making assessment of their extinction risk “near impossible” and protection incredibly difficult.

“Sadly, several species in 2021’s list are already considered as under threat of extinction from increasing threats to their natural habitat, and three are already believed to be extinct in the wild.

“This list is another reminder that this is our last chance to find unknown species, name them and hopefully protect them before they become globally extinct,” he said.

Highlights on the list include a tobacco plant which snares and kills small insects on stick glands collected beside a truck stop in Western Australia; a microscopic fungus found within the seed of a wild banana from Vietnam, and sixteen new species of orchids from Madagascar.