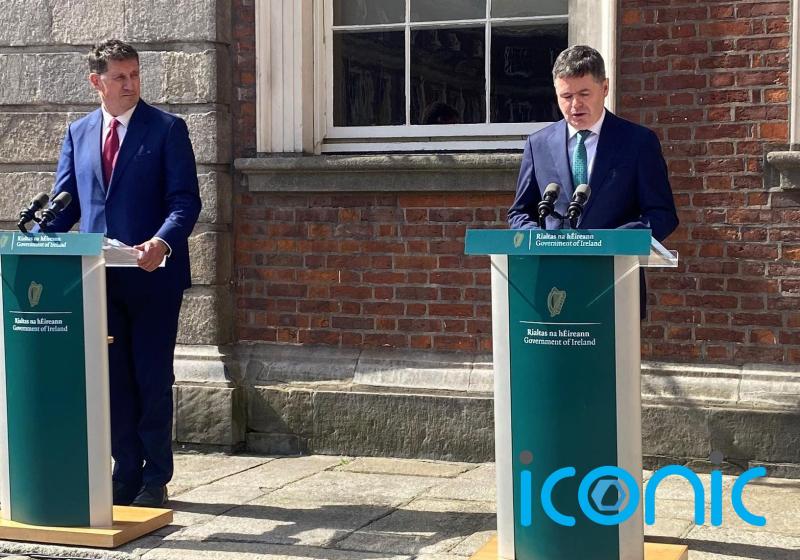 The Cabinet has signed off on plans to give an additional €100 fuel allowance payment and to temporarily reduce the VAT rate on gas and electricity from 13.5% to 9% to households in Carlow and across Ireland.

The plans were rubberstamped by the Government as part of its plans to tackle the rising cost of living.

The move will save bill payers more than €50 on an annual gas bill and €70 on an electric bill.

People on low incomes will also receive a once-off lump sum payment of €100.

It will go to more than 370,000 vulnerable households who are in receipt of the fuel allowance.

The Irish Government received the go ahead from the EU to amend domestic legislation to lower the VAT on energy bills.

Minister for Finance Paschal Donohoe said the Government is “hugely aware” of the real impact that rising prices is having on households and businesses across the country.

“Today the government has now agreed to reductions in the rate of VAT from 13.5% to 9% on the supply of gas and electricity from the May 1 to October 31,” Mr Donohoe said.

“The cost of this measure is estimated at 46 million euro.

“This measure is being introduced in recognition of the challenge with the cost of living, but also in particular to offset the increase in carbon tax, which will take effect from May 1.

“So just to give an example of what that means.

“In contrast, the VAT reduction today will result in savings of over €50 on an annual a gas bill and €70 on an annual electricity bill.

“So these measures will more than fully offsets the increase in carbon taxation.”

Mr Donohoe said they also agreed to extend the reduced excise rate on petrol and diesel until Budget Day.

“This is to benefit all households or businesses and our farming sector,” Mr Donohoe added.

“I will bring forward a financial resolution in the Dail after the Easter recess to give effect to these changes, and then I will provide the necessary change in law, by way of an amendment to the Finance (Covid-19 and Miscellaneous Provisions) Bill 2022, which is currently before the Dail.

“In addition, my colleague the Minister for Social Protection Heather Humphreys, today received approval from government, to provide an additional once-off lump sum payment of 100 euro to over 370,000 of our most vulnerable households who are in receipt of fuel allowance.

“So what the government is again doing is bringing forward a broad set of measures, not only to provide the committed off-set to the change in carbon tax but additional measures, some of which are universal in nature, which all will benefit from.

“And then a number that are targeted, in particular the additional payment of €100 to those at risk of fuel poverty.

“The aim of all of which is to provide further support to households and to businesses at a time in which we know that support is greatly needed.”

He said these will provide “real help” to those who face additional costs.

The lumpsum payments will be made in the middle of May and the cost of the measure amounts to over €37 million.

The Irish food Writing Awards 2022 are now open for entries!