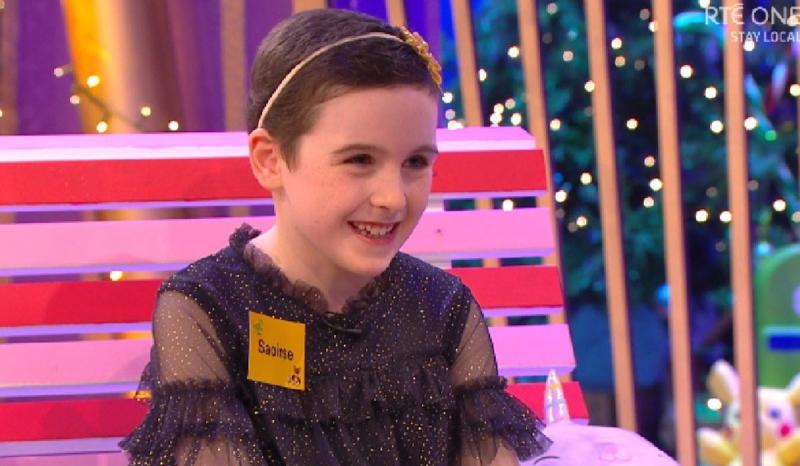 The family of Late Late Toy Show star Saoírse Ruane have shared the 'heartbreaking news' that she faces another battle with cancer.

Saoírse appeared on the 2020 Late Late Toy Show when the then eight-year-old told Ryan Tubridy how she had to have her leg amputated after doctors found a tumour in her foot.

She won over viewers with her bravery and positivity, despite what she had endured.

Saoírse’s mum Roseanna recounted on the show how what she initially thought was a broken bone turned out to be an extremely rare form of bone cancer.

It is so rare that it only affects around three children in Ireland each year.

Saoírse told Ryan about her unicorn on her prosthetic leg and revealed that her three wishes were to be on the Late Late Toy Show, to be walking by Christmas 2020 and to go on a family holiday with her mother, father Ollie and sister Farrah Rose.

She was surprised later on in the show when it was revealed that she was going to Disney World in Orlando.

However, this week the family received news which they said they never wanted to hear again.

"Last Wednesday 27th April 2022 we ended up back where it all started on December 1st 2019, in UHG. The very same cubicle, on the very same paediatric ward and after yet another day of tests, we (Saoírse’s parents) are sitting once again in front of a paediatric consultant being told the words we NEVER EVER wanted to hear AGAIN!

"We just don’t have the words for you all, we are simply heartbroken!

"We knew this day COULD come but we did our utmost to park it in the back of our minds as much as possible, be positive, be grateful and get on with our lives.

"I feel physically sick writing this and can’t emphasise enough to you all (our amazing friends, followers and supporters) life is SO SO unbelievably precious!

"We would ask for all your prayers at this time while we along with our amazing oncologist and team figure out the road map to this next journey.

"Saoírse (being Saoírse) is being incredibly brave and we as a family ask that you give us time now to comprehend this devastating news!"

There was a flood of posts from well-wishers with Room to Improve's Dermot Bannon saying the family was in his thoughts.

Singer Una Healy said it was "heartbreaking news". She added: "Sending so much love and strength to Saoírse and to all her family".