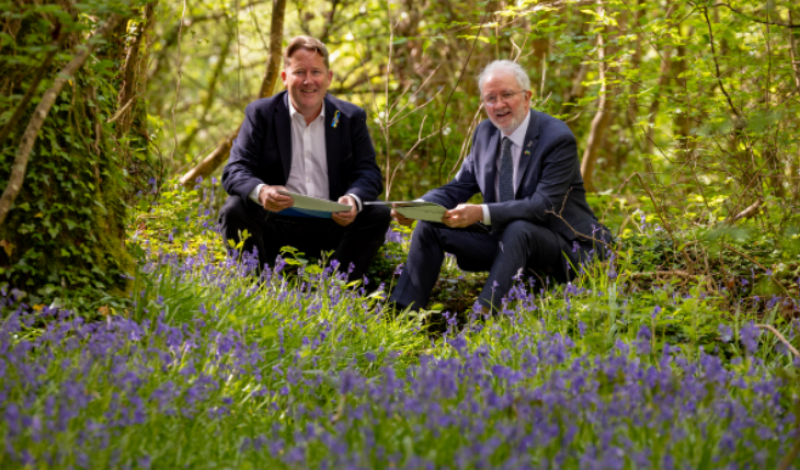 An investment of €55million has been set out in a new plan for Ireland's National Parks and Wildlife Service.

The plan - which also calls for the recruitment of 60 key staff - was published today (Wednesday May 4) by the Minister for Housing, Local Government and Heritage Darragh O’Brien and Minister of State for Heritage and Electoral Reform Malcolm Noonan.

Speaking at the launch of the plan at Ballykeeffe Nature Reserve in Co Kilkenny today, Minister Noonan called the renewal of the National Parks and Wildlife Service "a keystone action" in the government's response to what he called "the biodiversity emergency".

He said, "I’m delighted to confirm that the NPWS will be established as an Executive Agency, giving it a strong identity and voice to speak for nature. Its internal structures will be overhauled, delivering a stronger focus on external engagement and delivery of outcomes. New Directorates, organised along functional lines, will benefit from the early recruitment of 60 key staff for critically important roles.

"I’ve already increased NPWS funding to €47 million in 2022 – a total increase of 64% since I became Minister – bringing it back up to a level not seen since before the financial crisis. Today, I’m proud to announce that Government has endorsed future underpinning investment of up to €55 million over the coming three budgetary cycles to realise this plan.

"This funding commitment will enable the NPWS to embrace Ireland’s ambitions for nature and help us begin to turn the tide on biodiversity loss."

Minister O'Brien also spoke, stating, "The NPWS has a proud history, and despite being a relatively small organisation of some four hundred people, carries a complex range of responsibilities, ranging from significant policy and advisory functions, to operational responsibilities in our National Parks, conservation, enforcement, licensing, biodiversity protection and as a statutory consultee on planning.

"It is vital that we have a resilient and effective NPWS to perform all of those functions. I am very pleased that we now have government approval for this Strategic Action Plan, which will provide the momentum to build on the very significant gains which, working with the Minister of State, I have been able to secure for the organisation in the past two budgets, bringing its funding, for the first time since the financial crisis, back to pre-2008 levels. I am happy too for the dedicated and expert team who have sustained the NPWS through so many years - with the implementation of this Strategic Action Plan, the future of the NPWS looks bright.”