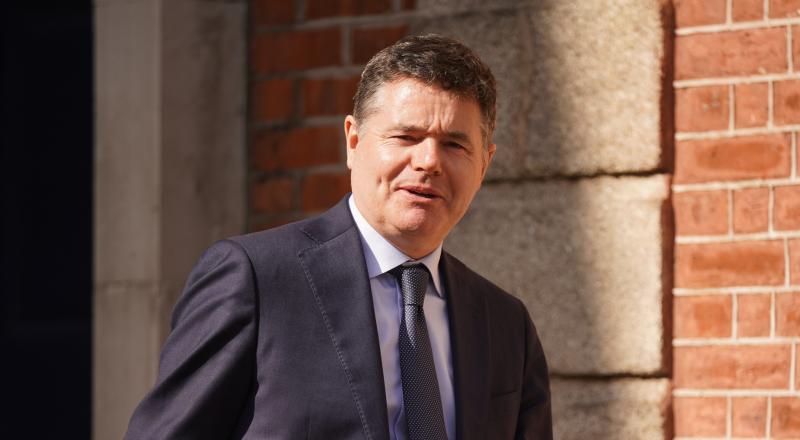 The Government will extend the lower VAT rate for the hospitality sector in Carlow and across Ireland for another six months, the Finance Minister has announced.

Mr Donohoe said the move is partly to help businesses in receipt of the Employment Wage Subsidy Scheme, which is being axed at the end of May.

The majority of the 4,000 businesses still on the scheme are in hospitality and collectively employ 114,000 people, he said.

The cost-of-living crisis is also a factor.

Mr Donohoe said it is important to ensure the tourism sector can rebound from the pandemic, amid concerns about rising inflation hitting businesses.

The reduced rate will cost about 250 million euro.

“This is to provide support to the sector, obviously across the busy August period, but critically as they approach November and December, and we know how important it is that they have a good December trading period,” Mr Donohoe said.

He said the move “lays the foundations for a really good recovery within a very important part of our economy”, and that he wants employers to “be aware of the importance of sending out the message that Ireland is a good value place to have your holiday in”.

The 9% VAT rate for the hospitality sector was due to expire in August.

Green Party leader Eamon Ryan, who spoke on his way to Cabinet on Tuesday morning, said the rate would not be hiked ahead of the “dark winter” – a “difficult” time for hospitality.

“So I think it will be timed in a way that gives the hospitality sector the best chance to get back on its feet.”

The rate was reduced from 13.5% on November 1 2020, with the aim of helping businesses under financial pressure due to pandemic-related restrictions.

It was extended during this year’s Budget until August, despite businesses asking for it to be extended further to help them recover from lockdown losses.

“This decision to extend the rate is welcome at a time when hospitality businesses face rising input costs and inflation.”