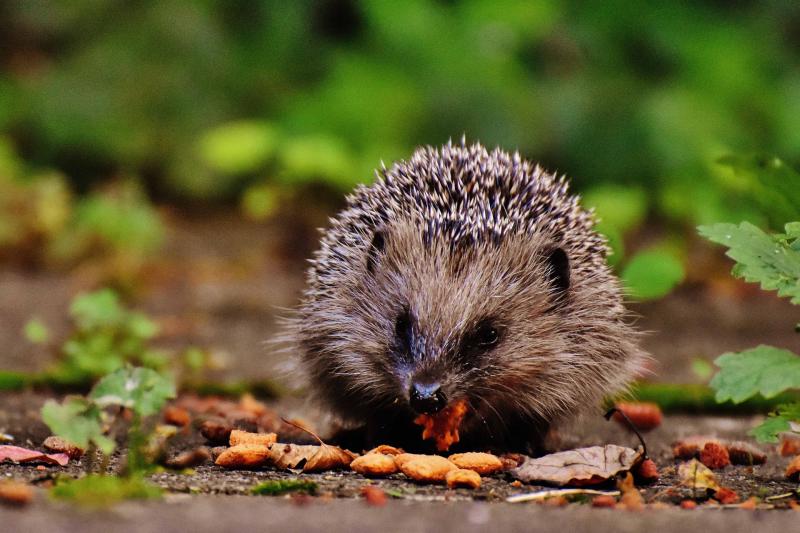 Researchers at NUI Galway are encouraging people in Carlow and across Ireland to report sightings of hedgehogs.

It's part of the Irish Hedgehog Survey, which is collecting reports of hedgehog sightings across Ireland with the help of volunteers and citizen scientists.

More than 5,000 sightings of the small mammal have been recorded since the survey's inception in 2020, with the creatures turning up more often in towns and cities.

He said, “Hedgehog was the most recorded of all plant and animal species in 2021. In total, across the 32 counties on the island, 1,977 individual recorders submitted 3,043 sightings through the Citizen Science Portal.

“This is a phenomenal level of recording activity and shows the importance of targeted projects and recording initiatives, like the Irish Hedgehog Survey.”

Last year, the research team sought volunteers to conduct a more detailed hedgehog survey in their local area using footprint tunnels. Between June and September, 112 local area surveys were carried out by volunteers across the whole country with hedgehogs recorded in 45% of sites.

Elaine O’Riordan, lead researcher on the project with the University’s Mammal Ecology Unit, said: “We were surprised at the difference; just over a third of surveys conducted in rural landscapes found hedgehogs while 70% of urban surveys recorded them. We know from recent reports from the UK that rural hedgehogs have suffered a greater decline than their urban cousins who have made their homes in gardens and parks.”

More than 500 householders also volunteered to participate in the Garden Hedgehog Survey to help researchers understand how hedgehogs use gardens across Ireland.

Findings were recorded via an online questionnaire.

Early results indicate that urban and rural gardens are a very important habitat for hedgehogs.

Ms O’Riordan said: “We are still in the early days of our research and we are looking to deepen our understanding of hedgehog’s habitats. That’s why we are encouraging citizen scientists to get involved with the survey this summer again.”

The Irish Hedgehog Survey will continue for one more season, from May to September this year, with the help of citizen scientists.

Sightings can be reported via the online portal here.

More cars vandalised in Carlow as Gardaí appeal for witnesses