'Appalling' - Number of homeless adults and children in Ireland rises above 10,000 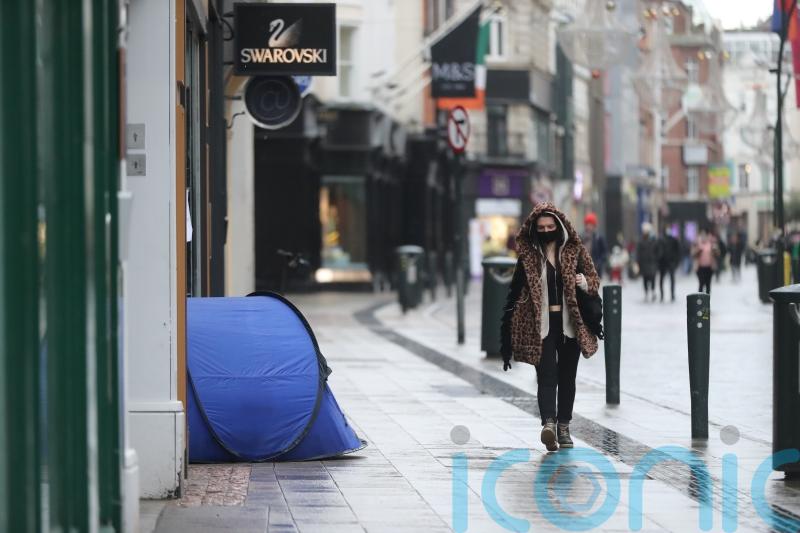 January’s report had recorded 9,150 homeless people, and February’s total was 9,492

The number of homeless adults and children has risen above 10,000 for the first time since the pandemic began, according to Department of Housing figures for April.

The department’s latest monthly figures show there are 7,105 adults and 2,944 children registered as homeless – a total of 10,049.

This is up from 9,825 in March and represents a 24% increase compared with the same month last year, or an additional 1,967 people.

January’s report had recorded 9,150 homeless people, and February’s total was 9,492.

Homelessness first went over 10,000 in February 2019, and was last over this level in February 2020 when 10,148 people in emergency accommodation were recorded by the Department of Housing.

This is the highest number of young adults ever recorded in the department’s official figures.

There are 1,308 families among the April homeless numbers, which is 70 more than the previous month.

Speaking in Cork on Friday, Tánaiste Leo Varadkar said: “It is very disappointing to see the number of people in emergency accommodation go above 10,000 again. We had made a lot of progress in the last couple of years, particularly when it comes to reducing family homelessness.”

Mr Varadkar said the April homeless figures indicated that there was a need for more one-bed apartments, and more state support to help renters remain in their tenancies.

Charities have raised concerns that the number of homeless people has been steadily increasing in recent months, and that this is the first time homeless figures have surpassed the 10,000 threshold since the pandemic began.

The Simon Communities of Ireland’s head of policy and communication, Wayne Stanley, said: “While we acknowledge that there are important initiatives happening in Government and positive policy being developed across the Oireachtas, seeing the number of people in homelessness exceed 10,000 again painfully highlights that the depth of the housing crisis means incremental advancements in our housing system is not enough to get ahead of the homelessness crisis.”

Focus Ireland chief executive Pat Dennigan said: “It is appalling to see that the progress made through such hard work during the pandemic has so quickly been lost, and we are back to rising numbers of adults and children experiencing homelessness.

Bumper horoscopes for the year ahead

“Crossing this dreadful threshold must trigger a much stronger and urgent response from the Government and we must not drift to ever higher levels.

“We know the pressures which are driving people into homelessness and trapping them there, we also know the solutions, some are long term and some would have immediate effect.”

Mr Dennigan raised the need for measures to tackle inflation in the construction sector and rising interest rates, measures to end land-hoarding, vacancy and dereliction, and problems with the Housing Assistance Payment as being among the issues that needed to be addressed.

The department’s figures refer to the number of homeless people accommodated in emergency accommodation funded and overseen by housing authorities during a specific count week, typically the last full week of the month.