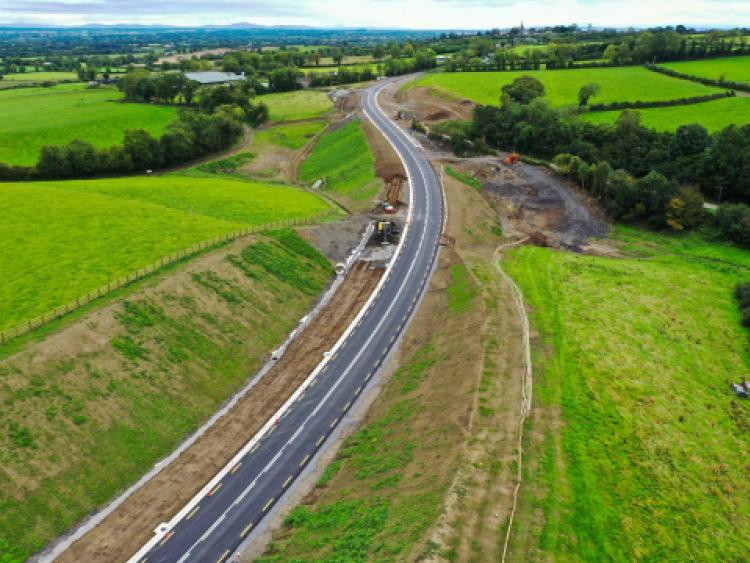 A section of the new road in the Maidenhead Alignment Scheme. Photo by Clonmel Enterprises Ltd.

The infamous 'Arles bends' in Laois are no more, with the completion of the major road straightening project.

The Maidenhead Realignment scheme has fixed a 2km stretch of bad bends that were on the N80 road to Carlow, a kilometre from Arles village in Laois.

The scheme cost some €4.3 million however some of the money should have been spent on a new footpath for walkers from Arles says Cllr Ben Brennan.

“It would be lovely to extend it further, it's a pity they didn't put it in. There is massive ground wasted, it will take a fortune to keep it cut. We are always talking about health and safety and the goodness of our health to be out walking,” he said.

He commented at the September meeting of Laois County Council, when an update on the scheme confirmed that the new straightened section of road is open.

“Works are almost complete. Traffic has been diverted onto the new section of roadway that has been constructed,” the roads department reported.

Cllr Brennan enquired when the official opening will take place but no answer was given.