Ireland takes over as President of UN Security Council 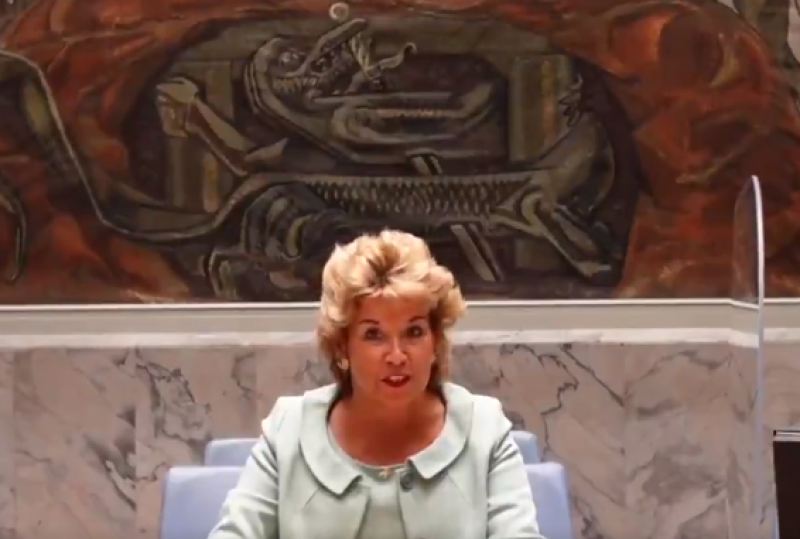 Ireland has today taken over the rotating role of President of the United Nations Security Council for the month of September.

Irish Ambassador to the United Nations, Geraldine Byrne Nason, called the presidency "a huge responsibility" in a video posted on Twitter and outlined the importance of bringing states together this month.

Today Ireland begins a new role on the #SecurityCouncil:

President for the month of September!

Ireland has accepted the role at a turbulent time, what with the recent withdrawal of the US from Afghanistan and its consequences.

The subject is likely to be the focus of meetings for the next few weeks, with Ambassador Nason recently calling for the protection of women in Afghanistan.

It's the fifth time Ireland has assumed the role and Ambassador Nason said Ireland will "spare no effort".

Speaking on Twitter, Taoiseach Micheál Martin said we will "steward" the Security Council's work in countries such as Syria, Afghanistan and the Middle East.

Today, Ireland takes over the Presidency of the UN Security Council

As President, we will steward the Security Council’s work on challenges such as Syria, Afghanistan, and the Middle East. #IrelandUNSC @irishmissionun

Ireland began its two-year term on the UN Security Council in January.