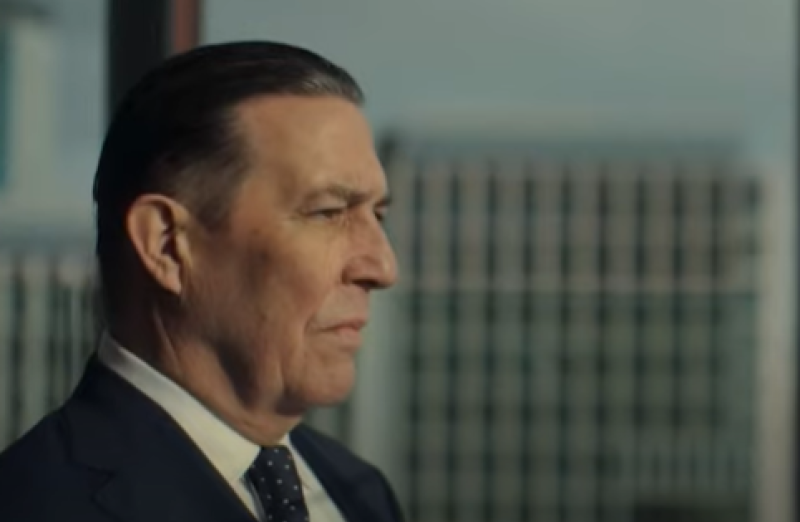 The hour long drama (1 of 8) follows the Kinsella's, a tight knit family embroiled in Dublin's gangland scene who are at war with a powerful drug cartel.

The episode started with the usual clichés seen in crime dramas, the son who returns from prison who wants to get a 'real job' to get away from his criminal past, the hot headed cousin who doesn't play by the rules, the teenage boy who doesn't want to go to college but rather follow in the footsteps of his aggressive father while the head of the family, played by Aiden Gillen, who really didn't make much of an impression, tries to keep it all together.

Very dragged out predictable at the end .. seen it all before #RTEKin

But it wasn't all bad. Charlie Cox, who plays Michael, the aforementioned son out of prison, gave a dark and thoughtful performance. Struggling with the pressures from his family to get back to work and trying to get access to his daughter, Cox was the shining light in an otherwise dull and lacklustre episode.

I was super impressed when I learned that Charlie Cox is not Irish. That was a very good accent. That was a Daisy Edgar-Jones good Irish accent#kin #rtekin

Very much enjoyed #Kin. It’s going to do nothing for my nerves / obligatory Sunday night fear but I’m already bet into it so I’ll persevere. Glenroes and all. #RTEKIN

The last 5 minutes is what will bring any undecided viewers back next Sunday night. The explosive, yet slightly predictable, ending will propel the next episode to a place where we will hopefully get to see some better performances that will keep us wanting more.

Kin returns to RTÉ at 9:30pm next Sunday night.