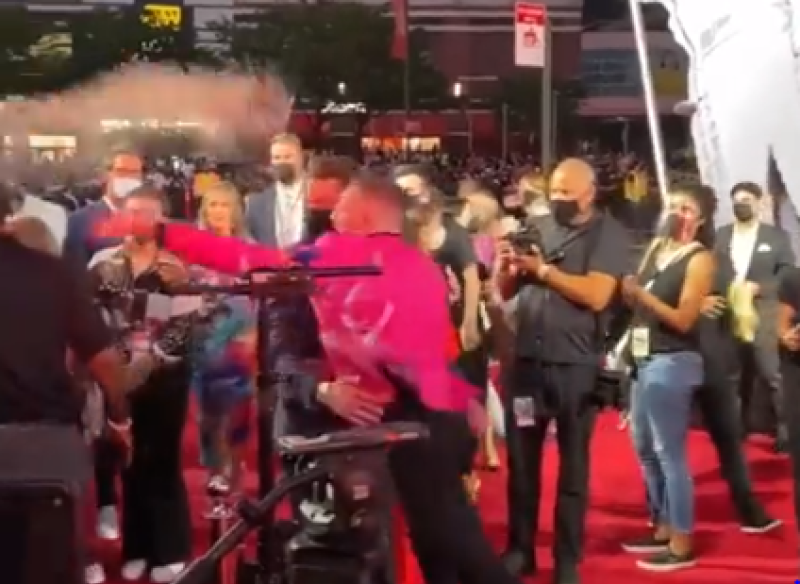 MMA fighter Conor McGregor is trending on social media after an altercation at the Video Music Awards (VMAs) last night.

In multiple videos circulating online, McGregor is seen on the red carpet at the VMAs before throwing his drink.

The famous fighter reportedly attended the event to present an award.

Conor McGregor throws a drink at MGK on the red carpet (via ig:laurademytrk) pic.twitter.com/H0naCNbMta

It's believed American rapper, Machine Gun Kelly, was the intended target, however the reason for the altercation hasn't been confirmed.

Oh and there’s the vid lol MGK and Conor McGregor at the VMA’s pic.twitter.com/RL3SGfvooV

Both McGregor and Machine Gun Kelly were asked about the incident, with neither acknowledging anything had happened.

People online were quick to react:

Conor McGregor’s behaviour at the @MTV awards last night was a disgrace. He is an embarrassment to himself, the sport & to Ireland

Conor McGregor is Ireland’s version of that one uncle that always shows everyone up at the wake.

Can someone please make it stop. He is such an embarrassment to the country.#MTVVMAs #VMA #ConorMcGregor pic.twitter.com/xPHIB6s7Pn