A third defendant has also been granted bail on less serious charges. 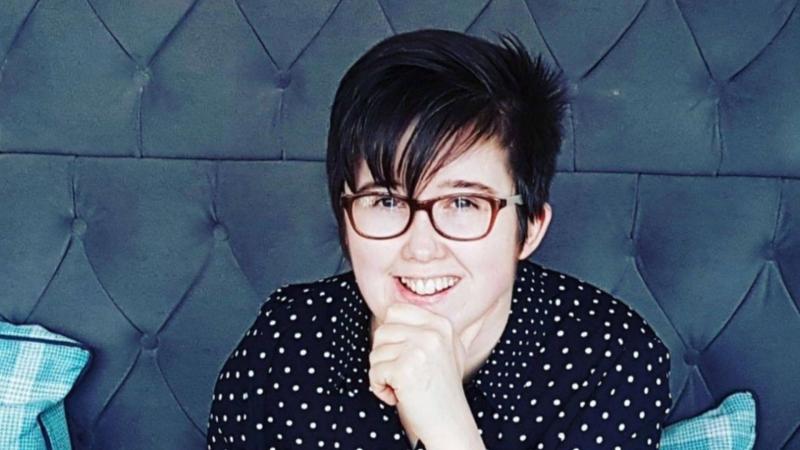 Two men have been granted bail after they appeared in court charged with the murder of Lyra McKee.

Gearóid Peter Cavanagh and Jordan Devine both appeared via video link at Derry Magistrates Court charged with the murder of the 29-year-old journalist.

The incident occurred during clashes between police and rioters following searches in the Creggan area of the city on April 18 2019.

When asked if he understood the charges, Cavanagh responded that they were 'ridiculous'.

The prosecution said that Cavanagh had been observed at the Saoradh office earlier in the day and alleged he had thrown three petrol bombs during the course of rioting.

They said he had acted as a steward for the gunman on the night in question and had been involved in the hijacking of a van which was later found burnt out.

Defence for Cavanagh said identification of the defendant from CCTV images and other footage from the incident was impossible and questioned the competence of a firm used by police to help identify suspects.

The court heard how the defendant had denied on 32 occasions during police interview that he was the individual shown on the footage to escort the gunman.

Bail of £750 was granted to Cavanagh, with a cash surety of £25,000 offered by the defendant's parents. A 9.00pm curfew was also imposed and he is to be monitored by electronic tag.

21-year-old Jordan Devine, of Synge Court, Derry, spoke only to confirm he understood the charges put to him.

The prosecution said Devine had been observed outside the Saoradh offices on Chamberlain Street in the city earlier in the afternoon on the day of Lyra McKee's murder.

They alleged Devine was an individual captured on footage encouraging the gunman by punching the air, throwing a missile, and then tidying up items on the ground around the scene.

Prosecution also claimed the defendant had thrown around 12 petrol bombs during the course of the rioting, and that he had also been involved in hijacking and burning a van.

Defence for Devine said they also had concerns about the company used to carry out identification on suspects in the case, and said there was 'zero sustainable evidence'.

The court granted Devine his own bail of £750 with a surety of £750. He will also be subject to a 9.00pm curfew and be monitored via electronic tag.

He spoke only to confirm he understood the charge and police opposed bail due to a likelihood of re-offending.

However, the judge said he had been 'at liberty' for over two years without leaving the country, and said the risk of further offending was 'existential'. He granted bail at £750 with a cash surety of £2,500 to reside at Goshaden Cottages.

He was forbidden from entering the city and a 9.00pm curfew was imposed. Campbell is to have no contact with his co-accused throughout the bail period.

The prosecution indicated they would appeal the granting of bail for all defendants, who will appear in court again on October 7.