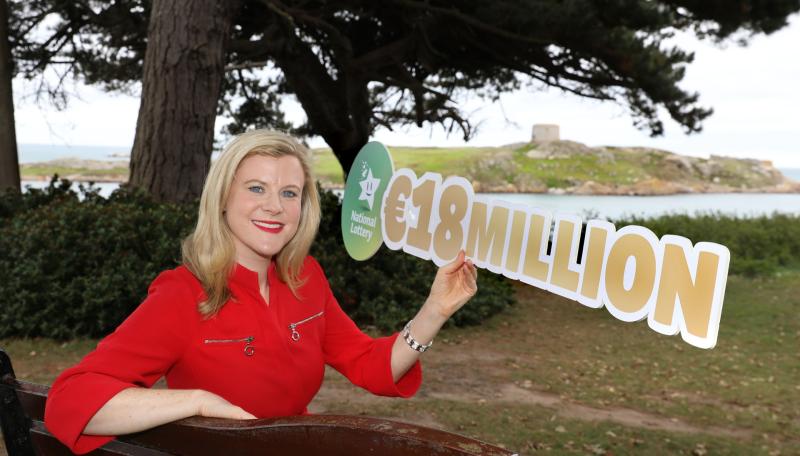 The countdown is on to tonight's EuroMillions jackpot which is a staggering €130 million.

As we get closer to tonight’s EuroMillions Mega draw, the National Lottery are reminding players that the deadline for purchasing tickets is 7.30pm this evening.

Ticket sales are expected to increase in the hours before and players dreaming of winning big in tonight’s guaranteed €130 million draw can purchase their tickets in-store, on the National Lottery app or at www.lottery.ie.

Since the EuroMillions game launched in Ireland in 2004, there have been 16 Irish EuroMillions jackpot winners.

Tonight’s massive jackpot will not be the only chance for National Lottery players to win a life-altering amount this weekend as tomorrow night’s Lotto jackpot is heading towards an estimated €18 million.

Since the Lotto game launched in Ireland in 1988, only one jackpot in excess of €18 million has ever been won which was in June 2008 when the Dan Morrissey syndicate from Carlow scooped €18,963,441.

A single winner of tomorrow night’s life-changing €18 million (est) jackpot would officially become the second highest winner in the history of the game in Ireland.

Speaking ahead of tomorrow night’s much-anticipated draw, Lotto presenter Nuala Carey shared her excitement at the prospect of the Lotto jackpot roll finally coming to a celebratory end this weekend.

“The current Lotto jackpot really has taken on a life of its own. It’s all anybody wants to talk to me about, whether it’s people on the street or even my own family! Everybody wants some tips on winning the big prize and they even want some additional luck from me in the hope that their numbers will come out. It’s all great fun at the moment,” she said.

“Little did I know when I presented the €2 million Lotto draw on Wednesday 9th June that it would still be rolling to €18 million almost four months later, it really is incredible.

"I’m lucky to share hosting duties of the Lotto draw with my colleagues Blathnaid (Treacy) and Kamal (Ibrahim) but from a selfish point of view, I would love this Saturday’s jackpot to be won so that I can say that I played a role in the draw that made one lucky person possibly €18 million richer. It’s absolutely life-changing – we’ll have to wait and see what happens on Saturday now!” she said.