Planned changes to Ireland’s carbon budgets would hit the economy for €7.8b, warns Ibec boss 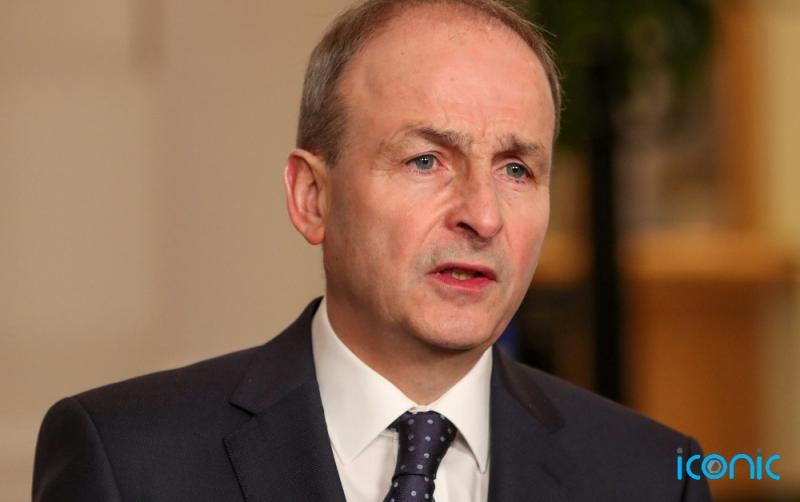 The Government proceeded with the change on October 15 after the letter from Mr McCoy had been brought to Mr Martin’s attention.

Planned changes to Ireland’s carbon budgets would hit the economy for 7.8 billion euro a year and cost 38,000 jobs, according to the head of Ibec..

In a letter to Micheál Martin on October 6, 2021, CEO Danny McCoy said the move to include emissions from land usage in the budgets would “totally undermine the viability” of the agri-food industry, records released under the Freedom of Information Act reveal.

Tim Cullinan, president of the Irish Farmers’ Association (IFA), also wrote to the Taoiseach on the matter, warning the sector could be “destroyed by changing the goalposts on carbon accounting”.

The Government proceeded with the change on October 15 after the letter from Mr McCoy had been brought to Mr Martin’s attention.

A spokesperson for the Department of the Environment said the move was necessary “in order to transition to net-zero by 2050”.

Mr McCoy cited analysis carried out by EY (Ernst & Young) on the impact of the Climate Act on the dairy farming sector, which found the approach would require them to reduce the milk supply by 4.9 billion litres, from current levels of approximately 8.3 billion litres.

“This, if obligated, would set the dairy sector back to 2010 levels and result in substantial industry and on-farm job lessons,” the head of the group representing Irish business wrote.

He also warned it would result in a reduction of the national herd size to 2011 levels.

According to figures from the Central Statistics Office, this would represent a cull of up to 900,000 cattle.

Mr McCoy urged the Taoiseach not to take “premature action”, saying “in the absence of an EU legal requirement, it is suggested that Ireland should not act unilaterally in implementing this change”.

“A gross-net determination would have a negative economic impact of up to 7.8 billion euro per annum to the Irish economy or c. 60% negative impact on Dairy/(Agri) Ireland” he wrote.

“This scenario would also see FTE (full time equivalent) jobs fall by up to approximately 32,000.”

Ireland’s carbon budgets have targeted a 51% reduction in greenhouse gas emissions by 2030, and a move to net-zero by 2050.

Mr McCoy added: “Indications are that using a gross-net policy rather than the established net-net accounting method would lead to a reduction of the national herd size to 2011 levels, to comply with national climate law (-51%).”

He argued that the net-net system was enough to “provide for the potential for the sector to achieve ongoing sustainable operations in compliance with our Climate Act obligations” while a gross-net approach could place an additional burden of reducing six million tonnes of carbon.

Mr McCoy concluded by saying the move would be “extremely damaging to agri-food industry and to rural Ireland”, and said Ibec “strongly recommend that the current method of calculation net-net is maintained for the period until 2030”.

“I would appreciate the opportunity to engage further on this important matter,” he added.

Assistant Secretary at the Department of the Taoiseach John Shaw sent a letter of acknowledgement to Mr McCoy but it was not “deemed necessary to send a substantive reply”, a spokesperson said.

“Farmers want to work with Government on delivering solutions to help us achieve our very ambitious climate action targets.

“However, we cannot allow our largest indigenous sector to be destroyed by changing the goalposts on carbon accounting, something that is both unnecessary and unfair.”

A spokesperson for the Department of the Environment said: “Ireland is currently a net emitter from the ‘land use, land use change and forestry (LULUCF)’ sector – to the order of five million tonnes of CO2 per annum.

“In order to transition to net-zero by 2050, we need over time to change the LULUCF sector from a source to a sink.

“Doing so will allow us to continue activity in key economic sectors. In making this transition it is important we measure our actual emissions and removals from land use.

“This approach is in line with the EU proposal to adopt gross-net accounting from 2026.”

The move was recommended by the Climate Council “in order to simplify the accounting systems and to enhance environmental integrity.”